A friend in the heat (65°) of deepest, darkest Norway, surrounded by the hairy wild native Stavangers, is smoking Haunted Bookshop these days, and it's giving him existential angst or something. Which I can understand; it's a rather nicotine-rich blend.

My doctor would immensely disapprove.

I myself, freezing in San Francisco (it's summer weather), haven't touched that product in years, though it's a blend of which I approve.


There are many things which meet with my approval though I myself do not indulge in them or partake in any way.

Generally speaking, and in no particular order:


Things of which I do NOT approve (also just a sampling):

I'm still on the fence about pineapple on pizza. It has not been shown that that is heresy, and I doubt that one will go to hell for practising it. Same goes double for Erinmore Flake. And haggis.


My first exposure, years ago, to American decadence and depravity, was typical American teas, including Berkeleyite herbal crap with no actual "tea" in the brew. You know the stuff. It proves beyond a shadow of doubt that there are sick people on this side of the Atlantic.
You people would put tofu in haggis!


I like to think of myself as a perfectly average heterosexual bachelor living a grumpy life surrounded by plague carriers and deviants.
I've got too many books, and no cat. 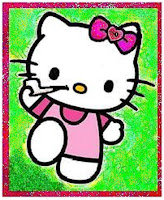 Still inexplicably single.
Not a Vegan.