A good place to wander with a pipe, in the time before Covid, was just around the corner from the San Sun Restaurant on the corner of Ross Alley and Washington Street, where the old San Wah Kue used to be. Where, back in the past, one could smoke a pipe indoors, provided it was a mild blend, not a top-heavy Latakia mixture or a sickening aromatic.
Stealthy flakes. Those were good.

Especially if one was discreet, and sat near the open door to Ross Alley. 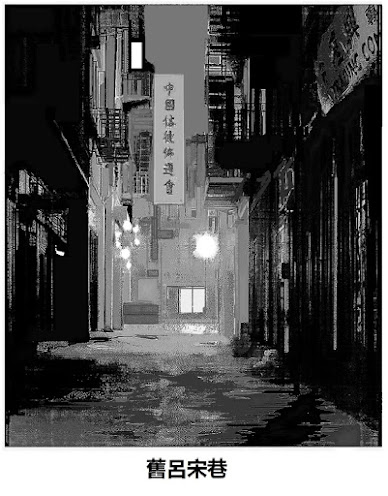 There is another restaurant in that location now, San Sun (三陽咖啡餐屋 'saam-yeung ka-fei chaan-ok'), which is also a nice place to eat. Either their bitter melon and pork over rice (涼瓜豬肉飯 ('leung gwaa chü yiuk faan'), or the rice stick noodles in broth with grilled pork: 燒猪肉河粉 ('siu chü yiuk ho fan').With a glass of Vietnamese coffee (越南咖啡 'yuet naam ga fei').

Smoking is of course no longer allowed (even though many Cantonese and Viet-Chinese men smoke like chimneys), and even in their previous location they did not stock the 555 State Express straights in the yellow tin which many Vietnamese Chinese noodle places carried. 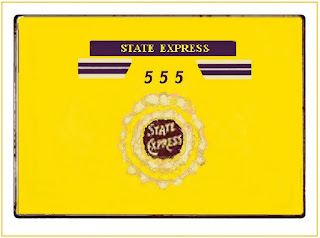 At the far end of Ross Alley (舊呂宋巷 'gau leui-song hong') was Alan Gin's barber shop. Alan Gin, you possibly remember, was known locally as the Chinese Elvis, but as a piano player that nickname was of course not quite apposite. He also had roles in a few locally produced films that have sunk out of sight. Good man. Interesting. He passed away two decades ago.
His barber shop has had various occupants since then.

Both of the herbalists I patronized are within a block walking distance, many of the restaurants and bakeries I like are within three blocks. So for a private man who wants to smoke his pipe without angry Berkeley earth-mom types yelling at him for poisoning their precious lungs and killing children, it is the perfect place. Anonymity and peace.

There are one room walk-ups above the printing place and the Christian mission, occupied by small families and elderly single people; the folks who work hard and will eventually escape, or their aged aunties, uncles, and grandparents, who wouldn't feel comfortable elsewhere in the city, away from the shops and services they depend on.
It's a community.

It's quiet there now. The normal bustle of daily life has stilled, the tourists cannot come. But the neighborhood is surviving, and carrying on living. Occasionally when I'm shopping there I visit the alleyways again. From upstairs I hear voices, sometimes a violin, and news programmes on televisions.

Two of the restaurants I used to go to have put tables outside, but I have not gone to either one so far. One is located on Washington Street, the other on Waverly. The idea of eating on the public pavement does not appeal.
They'll survive (I hope), and eventually I'll go back.
When normal life returns.

There have been no opportunities for late night walks there.
But I'm hopeful that next summer there will be.
Toward a brighter tomorrow.