THAT THING THAT THEY DO

Over on Reddit, which I know courtesy of George Takei, some of the discussions are a little bit "ew". Much more "ew" than I need.

“We’ve been quarantining together and have been having a lot of sex, which I love, but it’s been getting a little weirder, I guess?”

“I know he’s being more open sexually with me but it all feels kind of… gross? Like he wants me to do all of these things because I’m Asian?”

“Anyway the other night he asked me to ‘act cuter’ in the bedroom and to speak Japanese to him in bed. I was really offended by this because while I’m Asian I’m not Japanese.”

“I don’t think he means anything weird by it, but I want to tell him I’m not okay with the things he’s been doing but also I don’t want to shame him for being more open sexually with me.”

“I just want to feel like he wants to be intimate with ME and not with Asian Girl #7, if that makes sense. I don’t know how to explain this to him though?”


Not that I'm into that, but I have to wonder if there are people out there who put on horned Viking helmets when they're in the bedroom and demand "bark Teutonic commands at me, Helmut" or stuff like that.
Or ask their better half dress to like a Dutch milkmaid. 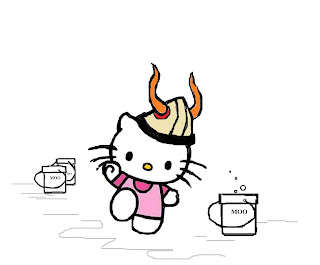 I have an important question.
You once -- at least once, in fact quite more than once, but I'm quoting just once -- wrote a post about how you're white. post.

If you're white, then why is this blog called Black of the Hill? Curious, isn't it?

But the idea of an alternate blog in which I am a statuesque black lesbian does appeal to me.