According to the one-legged monkey, I am a stingy ass mofo. And I smell bad. This is because he has a banana plantation to buy, and one hundred dollars ought to cover it. Or all my future earnings and my life savings. Which it's so unreasonable that I won't hand over, he has plans.
Most of the stuffed creatures have plans, equally unrealistic.
At an early hour one finds it hard to put up with.
So. Coffee. News. Walk with pipe. 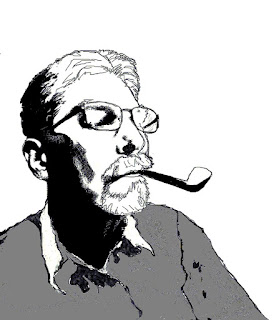 When I return my apartment mate has left for work, and the stuffed creatures are silent again. Many of them are in her room. And I'm sure they're plotting something as we speak.


Of course the other good thing, aside from the silence, is that I can close her door firmly, open the windows, and light up. It takes three to five hours for the smell to dissipate, so I'm safe until around two or so.

If I have a pot with sliced ginger and both red and black dates (紅棗，黑棗) simmering on the stove, the aroma of fine pipe tobacco will have been replaced by a pleasant brisk perfume.

The stuffed creatures can't rat me out; they're behind a closed door, and they aren't tall enough to reach the handle. I've thought this through.


First walk of the day happens while she is breakfasting, which is usually well-before eight. The neighborhood is quiet, almost no one is outside other than joggers, dog walkers, and elderly Cantonese. The wind won't rise till late afternoon, and the street people are not stirring. 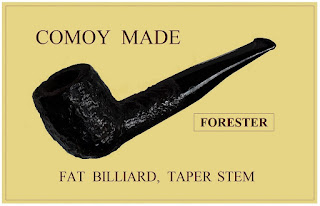 Now, does the aged goobus drawn above look like he can afford to buy a banana plantation? It's more than doubtful.

And I'd have manage it too, you know. The one legged monkey is more of an ideas man, and wouldn't attend to the minutiae of running a business.
I think he plans to pay me in fruit.

Honestly, that won't work. Can't trade it for tobacco, and my landlords would object to the rent payment being subject to spoilage.
Besides, bananas don't grow this far north.

I'm not much of a bananas man.