The Indonesian Chinese downstairs neighbor lady rang the doorbell and asked if my apartment mate was in. No, she wasn't home yet, was there something I could help her with? No no, just let my apartment mate know that she wished to tell her something. Okay. Can do.
I am capable of communicating.

It turns out that the neighbor had been a bit tight these past few months, and my apartment mate had helped out. There was now money coming in again, but she hadn't wanted to discuss any of this with me, because she was afraid that my apartment mate's "husband" would beat her.
By "husband" she meant me.

My apartment mate assured her that that would not happen, in fact I was a very generous fellow, and we weren't even in that kind of relationship.
Not husband and wife, nor lovers, just old friends. Also, her money, her choices. And both of us have our own funds. 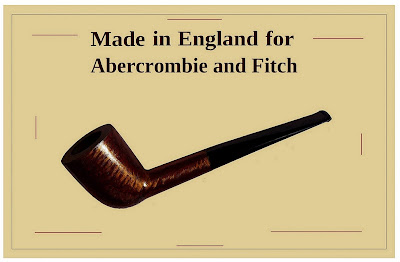 My downstairs neighbor probably has some strong cultural memory of us Dutch imperialists being utter brutes. It's a generational thing.

Actually the generous person in this household is my apartment mate. After all, she described me in very positive terms. Which I cannot imagine myself deserving. Well, I suppose I don't beat the workers in the cane fields or withhold the measly pittance salaries of the peasantry on my tobacco plantations (Sumatra coastal strip OR central Javan Regencies; either would be nice), nor do I EVER request the colonial constabulary assist me in my ongoing battle to civilize the headhunters, convert them to Christianity, and in the process of doing so seize their lands for rubber planting.
But calling me "generous"? That's a monumental stretch.
Only because of insufficient other opportunities.
Anyhow, kudos to my "generosity".
Brownie Points!
Yay!


I'll admit to being a Dutch cliché. Linguist, Asian languages, scriptural knowledge, a very great familiarity with spices and colonial cash crops.
I might have made a decent "Assistant Resident" somewhere in the sparsely populated interior. But not a very effective one.

And I smoke a pipe.
Perfect.

"LETTER TO MY BROTHER GOMPERT"

I'm sorry, my area is rather miserable, and the harvest failed this year as well as last. If you decide to visit I shan't be able to offer you more than a cup of watery tea and a dry crust, perhaps sago gruel. And a dried fish, maybe, if it's a festive occasion. Malaria is endemic, the natives are barely literate, their religious scholars extortionate and indolent, and the last water buffalo was stupidly cooked up for the headman's wedding.
We are poor. How are Josephine and the kids?

This morning I went swatting around the perimeter of the kota, armed with a cane in case the wild men approached. A local sheikh greeted me, while expressing his envy of the fine pipe I was smoking (made for an American Company in New York, nota bene!), and a raggedy holy man reclining on the pavement prophesied grand things as I passed by. One or two members of the better classes or their ladies where out and about also, enjoying the cool of the day before it would be too hot to stir. I generously bestowed a shiny copper stuyver on a passing mendicant. 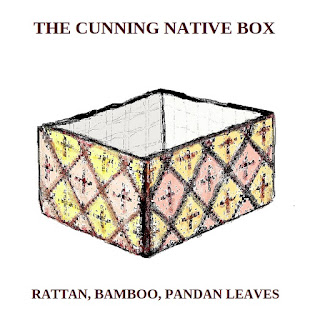 The rest of the letter to dearest Hendrik or Adelbrecht details how the latest fashions from Paris cannot be found here, how the local toko sells bucket loads of liquor because there are so many drunkards, and why do so many of these simple people have tattoos all over their bodies?
Enclosed please find a cunningly made frippery.
Charming in a primitive way, useful too.
Very much like a betelnut container.
For cheroots or some such.

In actuality, the only thing vaguely "Dutch Colonial" about either of the occupants of this apartment are that we have mosquito nets. Because the bugs love her (a tasty non-smoker), and I tend to drive bloodsuckers out of my room with snow pear incense, her net is up most of the time.

The smoke from the wild fires up north is colouring the sky, the sun's reflection on shiny surfaces (cars, windows) is a bright copper hue.
The air to the east is pink and dense. Smog.
It smells like faint incense outside.
Tangerine sunlight.