A quiet foggy morning in SF. Except for the sound of drills and saws nextdoor during construction (started at seven thirty) and noise from the ongoing Van Ness Corridor improvement two blocks away, a project that started several years ago and was supposed to be done by now, but is currently over budget, over deadline, and providing employment to the second generation of brawny men with big muscles. 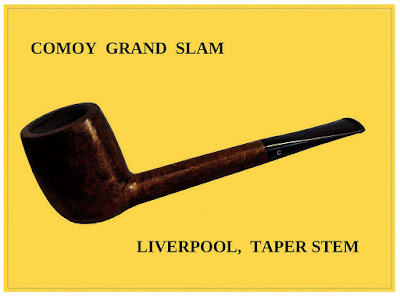 Left the house for an early smoke at around the time the crew next door fired up the drill. The woman who sleeps in her window across the street was drowsily looking out, the tenant next door to her was at his computer, one or two elderly Cantonese were at the bus stop. It's gotten slower out there in the last few months; dog owners have finally realized that Spot and Fluffy do not need to pooh quite so early, and almost nobody takes the bus to work downtown anymore. And some people have moved out of the city, because if you cannot party all night at bars after eating well at local restaurants, what's the point of living in San Francisco?


Well, chess games. Better here than in Stockton or Modesto. Admittedly one can play those alone, as rigorous intellectual exercise, which my late brother proved by studying the games of the masters, and all it takes is a quiet room and time. But playing with oneself isn't done much.


Pipe smokers do it all the time.


Nearly everyone does it now.


Later today I'll head over to Chinatown for necessary food purchases. And maybe some dim sum from Kam Wah (金華點心快餐 'gam waa dim sam faai chaan') on Stockton Street, near the vegetable shops and around the corner from a grocery store where I get condiments, packaged foods, and many types of noodles.

They're all still open, their business has slowed down a bit, probably, but one must patronize them; one wants the local businesses to survive until the Trump Pandemic is over.
It's not their fault that the United States has largely acted stupid and selfish in this crisis.


"Thoughtfully, the badger puffed on his pipe while studying the board. The remains of lunch were on the floor, pecked at by a stuffed turkey vulture.
A cup of hot milk tea was on a little tray on top of a stack of books." 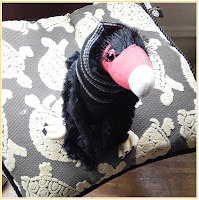 [Note that the turkey vulture keeps me company during the day, but curls up with my apartment mate in her room at night. Because I twitch too much and smell bad.]

Actually, I never did play very much chess. It seemed pointless because my brother kept beating me at it. But I dutifully have a chess set in the apartment, just in case his spirit visits.

The cats had learned not to bother him too much while he moved the pieces. They'd just drape themselves over him and doze, occasionally stretching while careful not to touch the board.
There are no cats here.

But there are stuffed animals and a pipe smoker.
So he'd feel right at home.

Dr. J. H. Kellogg attempted to prevent people from playing with themselves with the invention of cornflakes, amongst other things.

We see how that worked out.

Were they chess players?