YOU ARE ALL SUBURBANITES OR WORSE

While in America and Western Europe Christians were celebrating Easter and Jews were enjoying Pesach, the rest of the world was basically an asshole. Well, specifically India and Africa were. India has Hindutva, which is like Naziism with horrific excesses kept just under the radar of Western news Organizations, and Africa's regular atrocities are no longer news worthy if they ever were. Latin America is also pretty bad, but that's largely due to inefficiency and the fact that every. Single. South. American. Country. Is. A. Narco. Klept. Ocracy.


Japan seems to be the only non-western country that's got its sh*t together. Whereas the United States have large areas which are basically sh*thole. Northern California and a few areas in the North East are okay. The rest verges on garbage populated by illiterates and trailerparkers. Which is actually exactly what Florida, Mississippi, and Texas are all about.


You know, there are jolly good reasons why many of us in Northern California sneer at the rest of the country. You guys suck.


So do we -- Oakland and Berkeley are hell holes, like all of the East Bay, and once you get to the Central Valley it's all Deliverance country -- but not as badly. North of Sacramento it's just Bundy till you get to the congenital alcoholics of Washington and Idaho. Southern California is nothing but plastic surgery and slutwear consumerists. Junkfood and sick little islands of diseased sexual profligacy till you hit the religious heartland where bookburning, incest, and Trumpism, are rife. Then, right before you hit the Atlantic, a few places where people are insanely proud of sh*tty pizza. Plus some rabid Marielitos in the dangling chad. 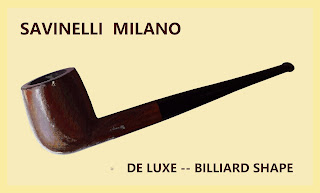 What keeps me grounded in a universe dominated by humans is strong tea, buttered toast, Sriracha hot sauce, fine British marmalade, flake tobacco for my pipe, and a few tins of sardines. Plus anchovy paste. Jolly good stuff, that. Anchovy paste.