As always I am baffled to find underwear on the pavement. Who discards their boxers while walking home late at night? And why? I can imagine an internal monologue: "damn these things are constrictive when I run, should have put on the extra large instead of the boys' size medium, if I don't get rid of them the cops and my school teachers will catch me, rip slash and yank, there, now I'm free, free as a bird, dammit they're gaining and will imprison me in the gilded cage again, aaaaaaaaaaaargh!" Quite likely the cops, teachers, and gilded cage were entirely in his head. Or hers. It isn't just boys who wear boxers. They became quite popular among teenage Japanese girls several years ago. Because, as you will readily understand, they are very comfy in their bagginess. So unconstricting!

Very likely the person who discarded them while out in the darkness was NOT a Japanese teenage girl. Those are rather rare in these parts.

Whoever it was may have been stoned out of their gourd.


Still, the idea of a teenage Japanese girl, stoned or not, deciding to rip off her baggy boxers, and she would probably have been wearing a skirt at the time, while running through my neighborhood at night, is extremely intriguing. It catches the mind.


While she was doing that, I was down in Chinatown having a smoke in a Comoy-made Sunrise billiard. And listening to the rising chorus of police sirens on Columbus, followed by a loud crash, more sirens, then running, and several cops shouting "get down, on the ground!"
Someone "brilliant" had thought to outrun the fuzz. Over a dozen police vehicles.
Crashed into another car at Broadway and Columbus Avenue.
Ran, apprehended in less than two blocks.
Not a Japanese girl. 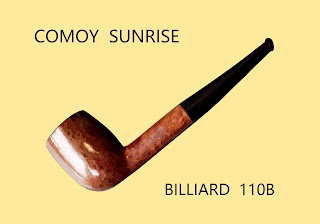 It must have been a slow night. If I were a policeman on a slow night I would have gladly chased down a Japanese girl divesting herself of her baggy underwear while on the run. We're trying to run a family-friendly city here, and we can't have that! It's really detrimental to public order and preserving the peace. Could lead to all manner of miscreance!

People will think all kinds of things if you take off your under-garbs!
There are children out there! Impressionable minds!
Public morale AND public morals!


The rest of the evening was fairly normal. Burger joint. Tea on the mezzanine. Hot water while listing to horrible singing in tongues. Then bus back over the hill. The boxers were not yet on the pavement one block over when I returned home, the Japanese female delinquent juvenile had not been there at that time. She must have escaped from the chaperoned school trip later that night. A minimum security hotel.


My own boxers do not excite me as much.
If anything, they're calm and reassuring.