Perhaps breakfasting on spicy chicken in clay pot flavour (蔥爆辣雞煲味 'chong baau laat kai pou mei') potato chips (薯片 'syü pin') wasn't a good idea. They were nicely zesty salty crispy crunchy goodness. So perhaps it actually was a great idea. They say that breakfast is the most important meal of the day, and that woke my tastebuds right up.
Nothing like Chinese food for breakfast.

No, I shall not tell this to my doctor. Who is Chinese.

The secret to getting along with people and not being on the receiving end of well-meaning behaviour-correcting speeches is, often, to keep your mouth shut. As a medical professional she'd probably feel duty-bound to tell me about proper nutrition, and as a person of Chinese ancestry she might well have certain very strong opinions about food. To whit: Spicy Chicken In Claypot Flavour Potato Chips are NOT actually Chinese food (well, maybe they are for idiot northerners), and can not possibly ever replace dim sum or congee.

As a bachelor, I'm not very good about breakfast.

But I saw the open bag (with a black binder clip to seal it) in the teevee room, and recognized that it had proven too spicy for my apartment mate, for whom I had bought it, who is also Chinese American (Cantonese) and who is not a great fan of spicy things.
So I decided to take one for the team.
A shame to waste it.

As a Dutch American at home with spicy food, who speaks Indonesian (the language of spicy), as well as a gentlemanly sort of old fossil, I will throw myself on the bayonets of scallions and hot chili (蔥辣椒 'chung laat chiu') so that she does not have to suffer.
It's the least I can do. 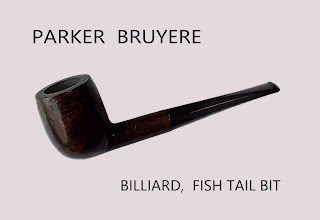 Virginias with a touch of Perique and fire-cured leaf in an old Parker are also spicy, so after my first cup of coffee I stepped outside to keep her from being exposed. That, too, was sort of older Dutch American gentlemanly behaviour. 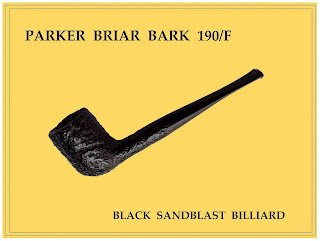 By the time I was ready for my second cup and second smoke she had left, so I opened all the windows, shut her bedroom door firmly, and loaded up one of my father's old pipes. Proper ventilation! It's gentlemany Dutch behaviour. 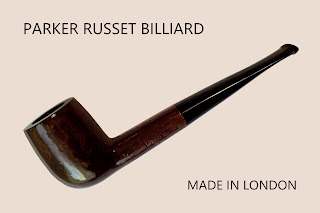 Mid-afternoon, lunch in Chinatown, and real food. The Cantonese people I know would have approved. Though the smoke afterward would set them askance. Fortunately there's usually no one nearby when I indulge. We Dutch Americans are discreet sorts.

The fact that all three pipes were Parkers just happened rather naturally, but that probably reflects something deep-seated and neurotic.