One of the things I do while waiting for the bus is count the number of people happily skipping down the street maskless then swear under my breath. Seeing as I am distrustful of people and do not wish to know which doorknobs they've licked, and above all do not want to catch the boojums that they blithely spread. Can't wait for the mothership to evacuate me.

Oops. What I mean is Covid. Don't want to catch Covid.
Or be part of a chain of transmission.
Zhengzhou is a safe place.
鄭州。

That city is under partial lockdown. Because the Chinese government understands that dealing with mass hospitalizations is expensive, besides a burden. Whereas here in the Western World we're all perfectly happy if our neighbor dies and we get his job.
Also, did his apartment become vacant?

Zhengzhou (鄭州 'jeng jau'), a city of over well twelve million people in Henan province (河南 'ho naam'), is tight as a drum. They had over a hundred Covid cases in the last few weeks, entirely without Americans wandering around, and they're taking no chances. 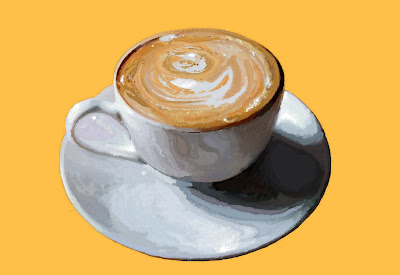 I give tourists a wide berth, as many of them do not wear masks. In Chinatown that's easy, they seldom stray off the beaten track. Porkchops for lunch at a place where tourists don't go, and everyone speaks Cantonese. Smoked a pipe in the alleyways afterwards. In Northbeach it's harder to do. Ended up having a cappucino in a place that doesn't appeal to out-of-towners. Followed by another pipe after walking uphill. Visitors are scared of hills.
A good afternoon for GLP Embarcadero. 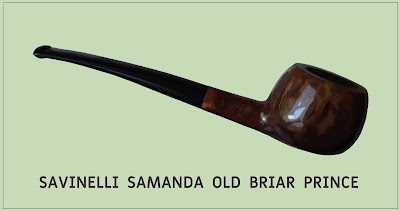 The tobacco product (Embarcadero) in question is a mellow and complex red Virginia with a decent percentage of Smyrna leaf, soft-pressed and partially broken. Sweet, haunting, rich. On a whim I bought a few tins recently, because I needed a change of pace and really didn't want to open anything in my stockpile. Which is neurotic, because if I never smoke that stuff I won't get to enjoy it, which was the whole purpose of rainy-day-stashing in the first place.
Although gloating over my hoard is fun too.


Since March of 2020 when this thing hit, I have relied on four things to maintain my sanity: drawing using paint on the computer, my apartment mate, Chinatown, and pipe smoking.

The drawings above were fun to do, as I got hypnotized by the splashes of light and the areas of colour. Drew the pipe over a year ago, the cappucino this evening. Such things take between three and six hours, during which the head is elsewhere.

My apartment mate, being severely Asperger, expresses herself best and most riotously when she gives voice to the stuffed animals ("I only channel what's there"), and what with being antisocial has thrived in some ways during the pandemic. In any case, she has shown that underneath the softness, there is tough resilient steel. She's Cantonese American.

Cantonese is also the majority of Chinatown. Sober realists carrying on as best they can in hard times, and not given to weird rioting, mask or vaccine rejection, nor flights of paranoid conspiracy theorizing. The Cantonese are not likely to believe in most conspiracy theories, because they themselves have historically been serious engineers of conspiracy.
They can spot flaws in the ointment by instinct.

And pipe smoking, aside from being a comfortable vice, is in a way me thumbing my nose at the world. Plus a memory tool, and a reflection of my personality.
And a matter of aesthetics.

The reason why I mentioned Zhengzhou is because Miss Wang, unable to leave her date's apartment there (the lockdown happened while they were having dinner), has been in the news recently, and was mentioned by my fellow pipe smokers on the internet. It's a serious situation; while he has dutifully cooked all meals during confinement, his cooking is not exactly stellar.
It's not bad, mind you, but not exciting. And conversationally he is less than gifted.

As an afterthought, the three popular packaged snack flavours in Chinatown at present are salted egg, cheese, and durian. Upvote on the first two, negative on the last.
Cheese flavoured biscuits, salted egg "cookies", and durian hopia.
The influences: Japan, Hong Kong, and Malaysia.
The 'cheesy beng' are especially good.
芝士餅、鹹蛋黃餅、榴蓮餅。