Far too many people in this country (and probably everywhere else) are inclined towards scepticism of science. That, largely, accounts for essential oils, vaccine-distrust, general goofiness, religion, and the Republican Party. Even the cigar-chomping senile malcontents in the back room, who are mostly hard-nosed about certain things -- and all of them have been vaccinated and boostered -- regularly drop statements indicative of sneering stupid-ass ignorant ideas.

[Senile malcontent: a geezer who would be a senile-delinquent (concept) except that they all pay taxes and respect the police, so much so that they would rather someone else flaunt the laws and challenge the status-quo.
They have too much to lose, and the system works for them. Mostly.]


Self-flatteringly I consider myself different. I'm comfortable with scientific conclusions. Especially about modern medicine, gravity, and evolution. Data-laden texts are not frightening to me -- often boring, yes -- and my reading matter in early childhood included text books and informative overviews about biology, chemistry, physics, and how to build your own radio, telescope, or camera. The engineering and scientific encyclopedia that my father kept in the room at the back of the building provided hours of fascinated reading into my early teens, as did books about the bomb and the space program.

So, while I am NOT a scientist and also not an engineer or doctor, I am reasonably familiar with that mental environment. And intolerant of alternative medicine, popular diets, and almost all religious beliefs that mention all-knowing all-caring divine beings. I can probably tell you more about Christianity, Judaism, Islam, and Hinduism in a condescending way than you ever wanted to hear. 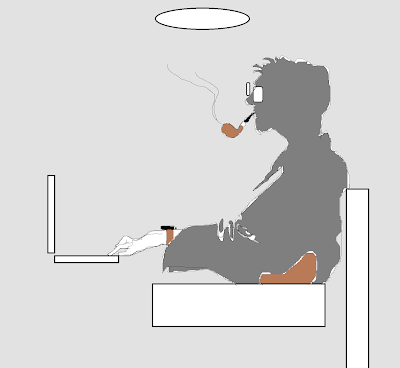 Several people I know have "done their own research". Which I wish they would not have done. It took them down rabbit holes where their lack of exposure or rationality entirely sabotaged the endeavor. Their statments about The Deity, or the Deities, ancient aliens, the medical values of turmeric, ginger, cayenne pepper (strangely they skipped over magic cow poo and urine), vaccine nano-chips, statistics, the Van Allen Belts, Ur and Sumer, ghostly entities, spirits, and reincarnation, and various other matters where they have words but no sense, are complete and utter horse pucky.

If it is not observable, measurable, or quantifiable, it does not exist.
Ivermectin, hydroxychloroquine, and apple cider vinegar do not do what people think they do. Prayers on behalf of dying people, or copying and posting pictures of orphans and miracle cures are useless, and the latter are irritating.

BTW: The Rambam said that the divine cannot be known or described.
He was almost certainly right about that.