YOU'RE ALL GONNA DIE! AND THERE'S OPERATIC WEEPING!

Nothing quite beats one's apartment mate audibly scrolling through a long list of crappy sci-fi and horror films from the fifties through the seventies, when film production crews were thinking "we've got five days to shoot this, not a brain among us, and we're gonna be rich!"
Followed by the question "what's a script?"

Because, of course, these movies almost defy belief. Cheesy plots, staggeringly amateurish special effects, monsters that might as well have been made by the Sesame Street worshop.

Handpuppet space alien monkey spider.
It has too many appendages.
And long teeth. 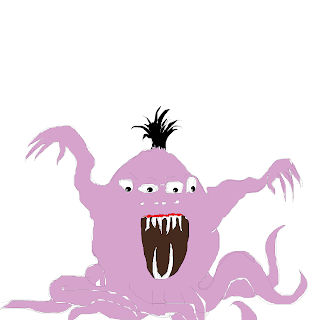 It devoured your puppy, and thus got a taste for flesh! It came from a dying planet in search of women! It needs the world's supply of graphite! The invention of steak sauce! It cannot die!

These are the movies of teenage fantasies.


Yeah, I can't understand why those moviemakers never got rich either. People would pay to see those films nowadays. Good theatre is all about make-believe.