EVERYTHING EAST OF YERBA BUENA

Not that it was ever even likely, but I'm never moving to New York, and have little inkling to visit. It gets freezing cold in winter and hot in summer, and as a pipe smoker the idea of spending time outside there has no appeal. Plus there's restaurant rats, rowdy cheese cake antivax protests, and violent subway attacks.

Also, their lousy pizza does not appeal to me.

Final nail: it's near New Jersey.


In other news, the road leading from Oregon to San Francisco was blocked by a blizzard over the past day or so, so Portland is cut off from civilization. Sad.
I rather wish that were the East Bay. 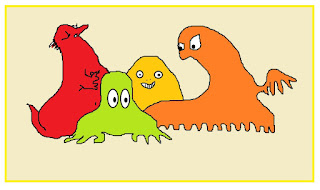 The main reasons why San Franciscans seldom take BART (Bay Area Rapid Transit; an urban train service) is because the cars smell bad and the first stops on the other side of the Bay are in Oakland, Berkeley, and Fremont. Did I already make reference to temperatures, transit incidents, and crappy pizza? Remarkably relevant.

Florida, Texas, and Mississippi start a few miles beyond that.
It's like raw sewage all the way to the Atlantic.
Often called "the real America".
Bucket country.