When I woke up it was with the bleakness of a more northern place in my head: the 'kleine markt' in Valkenswaard, on a dry winter day. Leafless trees, treeless leaves, solid small-town gentry residences, the insurance office and the old postal facility, city hall to the right, the protestant church for the carpetbaggers from "boven de rivieren" off to the left.
So, facing south. Grey. Very Edward Gorey-esque. And ages ago.

[Boven de rivieren: Above the rivers; the northern provinces, where life is fast, filled with Protestant attitudes, and less mannerly.]


What built the town was the cigar industry. It started when the place was mired in poverty and malnutrition and people died young. Nearly five generations worked there, rolling cigars, selling products to all of Europe, sending representatives abroad to learn about the world in addition to sourcing leaf from South America and the Indies, bringing back ideas about electricity, running water, modern medicine, and education.

Nowadays those cigar factories are all gone, of course, because traditional tobacco processing (fermenting and aging of Varinas and Besuki leaf) for the product that raised the place out of grinding poverty, while useful in its time (it took well over a century), is no longer part of the urban Netherlands. Gravid middle class citizens and educated doctors don't thoughtfully puff on their short elegant perfectos while considering which horses to bet on at the races anymore, small shopkeepers don't enjoy a corona over a glass of amber-hued firewater and a coffee at the café-billard before heading back for dinner. They no longer live above their businesses, but out in the residential neighborhoods; the cramped space upstairs or behind is rented out to a nice professional couple fleeing the denser cities and the crowds of the coastal provinces.

College kids home from Nijmegen or Utrecht for a few weeks don't purchase bundles of cheap smokes (the cigars with imperfect wrapper leaves sold at a low price, unbanded and without a brand to boast); I believe their current sinful indulgence might be having fried foods that contain meat instead of the pure vegetarian chow they eat when among their saintly classmates, or wearing socially irresponsible fabrics that require third world misery to make.

You understand of course that the Netherlands have changed. The postwar generations have completed what the Germans started; the old society and most of its grotty damp buildings and spaces have been removed, and brand new modern architecture with sharp corners and clean surfaces have been built instead. Except, of course, for picturesque inner city areas which were always photogenic. Amsterdam and Utrecht still look much the same.
But the suburbs are more modern and efficient.

Rotterdam is, as you know, a well-thought out sensibly built ultra urban hellhole filled with angry rioting yobbos and Feijenoord supporters. Not worth visiting, as fits the biggest port in Europe. Tourists never go there. The Germans flattened it, afterwards the Dutch rebuilt it differently.

Tobacco is so Old-World. Unhealthy, icky, and filled with colonial guilt.
Unlike coffee, which the Dutch still passionately love. 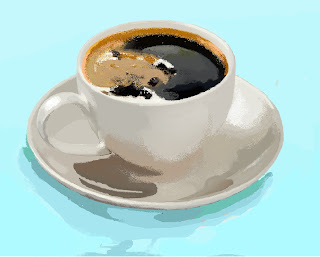 Which I'm drinking at the moment.

[The Dutch consume over twice as much coffee as Americans. I could sneer at us Yanks about that. A hazelnut caramel low fat frosty swirl is NOT a beverage that any adult should consume. Not even a Texan.]

The last two cigar factories in the entire Kempen, out of the hundreds that once flourished there, closed over a year ago. No, the pandemic had nothing to do with that, the economy and society changed. The formerly famous houses have changed hands, still extant brands and trademarks are produced elsewhere by large concerns which own them as investments.
The Dutch no longer smoke in cafes, restaurants, bars, and social clubs.
The stinky old way of life has permanently disappeared.
They've become rather boringly American.
I blame Coca Cola and jazz.
Plus Elvis.

Smoked a Charatan with my first and second cup this morning.

Filled with a lovely flake from Cornell & Diehl.
A blend of red and bright Virginias.

It helped the memories.

Email ThisBlogThis!Share to TwitterShare to FacebookShare to Pinterest
Labels: Valkenswaard