Seeing as I rely on my favourite Chinatown places for my sanity during these times, in addition to drawing on the computer and smoking my pipes, I headed over to a bakery there for tea-time after wandering around and shopping. Their coconut cream buns (椰絲牛油包 'ye si ngau yau baau') are delicious! Had a pipe on Waverly while darkness fell. 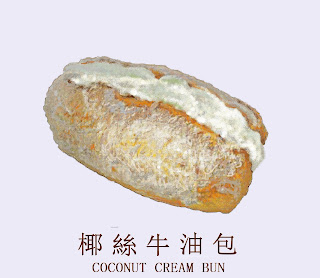 Their busiest time is middle afternoon before English tea-time. The local crowd clears out after four o'clock. So my tea-time today was after five. Which is when the American cocktail hour starts. They do not serve cocktails.


While I do enjoy people watching, I'm not comfortable with crowds.


It may also be that the crowds are not comfortable with me. White guys who speak Cantonese are freaks. On the one hand, they speak a sensible language and so surely must know how to behave properly, and will also expect that in response. On the other hand, how strange.
This should not be. It's disquieting and outside the regular pattern of things.
And what is he picking up on right now? Is he listening?

On the whole, once the surprise has worn off, everybody's behaviour reverts to normal. If there are Chinese who speak English, it stands to reason that there must be foreigners who understand Chinese. What a pity so many American born Chinese don't.
That's truly unnatural. So close, and yet so far.
It would be so convenient!


Earlier while waiting for the bus an elderly white gentleman snapped at me and a few others that we should speak English. I remarked that it was perhaps better to speak a language that people understood, instead of not conversing at all.

I could have brought up that Dutch was a far more civilised language.
Literacy longer than modern English. Not just two centuries.
En ik spreek zeer goed Nederlands!

But I didn't. Our conversation had been very casual. One bus had sped on by, too full to pick up more passengers. Would this next one coming now stop? Some of us where anxious to get where we were going, and it was rather cold. Such a long wait!

Nah, it won't stop. Oh good, it looks like it will stop.
It is stopping! We can go to 市德頓街！
去買菜！ 食飯啊！

Really, it was just the two aunties who needed to talk. But it would have been grossly impolite to not respond properly. Seeing as they knew me.

When I caught the bus back two hours later there were more Caucasians on it than Chinese.
It was filled with us. The elderly white gentleman would have felt right at home.