The sun warms up the ancient bones of the city, youth runs somewhat sluggishly rampant. It is still winter, but spring is not far off. After two cups of coffee and some internet socializing, a badger in his upstairs burrow settles down with book, tobacco and pipe, and happily twiddles his toes.

Differently expressed: I am smoking, reading, and on a third cup.


Revisiting, for your information: Indian Food: A Historical Companion, by K. T. Achaya. And yes, this makes me esurient. Quite. Sometime during the afternoon I shall head down to Chinatown for bittermelon.
I spent the better part of the morning futsing about with pipes, cleaning up rims and stems. That did not make me hungry.


Last night we discussed the bookseller's recent trip to Oregon, which largely seemed to revolve around books and women. What he had read, who he met on the train, and the old friend with her husband, kids, and an enormous dog whom he visited. An author. A reader. A painter.
A good time in the snow banks was had by all.

Oddly, I cannot remember the books he mentioned (there were three in particular). We also discussed the Twilight Series, which is garbage.
And The DaVinci Code, which is completely unreadable.

Regarding the latter, he lasted for only one paragraph, my ex-girlfriend and enduring apartment mate (who reads a lot, and still tolerates most of my peculiarities in a patient albeit sometimes exasperated way, as do I hers) got through nearly all of the first page, and I win the contest by suffering through one and a half pages of that jejune twaddle.
I take no pride in that.


All three of us would agree that there are some books that you must read. Mordechai in New York bemoaned the sad fact that he got through life so far without ever reading Little Women (by Louisa May Alcott), and I did not comment under his post because while I remember where it was in our bookshelves, I barely cracked it, and don't remember what little I saw.

On the other hand, I do remember Pilgrims Progress (John Bunyan).
During most of which I was looking for horrible stuff.
Dreary barely describes it.
Very long.

BOOKS MAKE THE MAN (OR WOMAN)

My list of a dozen books that a reasonably intelligent person would do well to digest is as follows:

Pride And Prejudice, by Jane Austen.
The Catcher In The Rye, by J. D. Salinger.
The Phantom Tollbooth, by Norton Juster.
The Odyssey, by Homer.
Ada, by Vladimir Nabokov.
Catch 22, by Joseph Heller.
Heart Of Darkness, by Joseph Conrad.
Burmese Days, by George Orwell.
To Kill A Mocking Bird, by Harper Lee.
Great Expectations, by Charles Dickens.
The Dubliners, by James Joyce.
Of Mice And Men, by John Steinbeck.

I shall not argue why, because there are very many more than this. And you will kindly note that this list is extremely 'me centric'; I have read all of them. Which is why you must. They are good. So is Where The Wild Things Are (by Maurice Sendak), anything about linguistics, and a number of works translated from Dutch, French, Russian, Latin, and Chinese.

Repeated exposure to the Larousse Gastronomique is also a good thing.

The Wind In The Willows is a highly recommended lifestyle.

The Lord Of The Rings is a dubious choice. 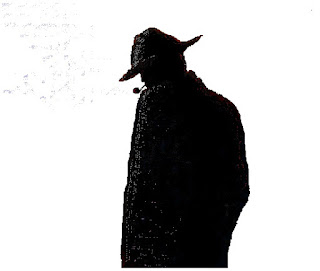 Self-portrait, with a hat I hardly ever wear.

The three books: The Collected Woks of Billy the Kid, by Michael Ondaatje; The Complete Stories of Clarice Lispector; Nobody's Perfect (the fourth novel in the incomparable Dortmunder series), by Donald E. Westlake.
You're welcome.