It was still cold and hazy when I left the apartment. From Clay I walked over to Washington, then down to Mason, and descended further at Jackson. Some of the businesses opposite Chinese hospital have finally opened up again. Stockton Street is bustling, everyone except the Caucasian tourists wearing masks. By that time I had finished smoking the pipe, and raised my mask so as to not stand out too much.

At the place where I went for lunch everyone recognized me anyhow (we've all gotten used to a pale blue lower stretch beneath the eyes), and I ordered a bowl of fresh dragon congee and a fried dough stick. Fresh dragon is actually sturgeon, and I suspect it's actually dried. I've never seen sturgeon for sale in Chinatown. The Chinese name, which includes the term 'dragon' (龍 'lung'), may be poetic. 鱘 ('cham'), which specifically means 'sturgeon', uses 寻 as the phonetic element, and is an old character. 寻 ('cham') means 'seek', 'search for'; 'ancient'.

White white rice porridge, with flecks of green and gilded straw (韮菜 'gau choi'; yellow chives), strands of slivered fresh ginger, small irregular chunks of fish showing white flesh and brownish fattiness. Add a dusting of ground pepper, and eat it slowly because it's still quite hot. It has a soothing complex simplicity. The oil stick (a strip of dough puffed up by deepfrying) soaks up the liquid, and depending on how long you dip it, will maintain more or less of its crispness. 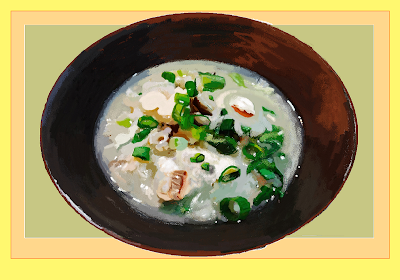 
The owner's son was not there, nor the previous time. Before the pandemic he would usually be at a back table. I did not ask about him, as it would not seem right to do so, and I did not wish to hear bad news or cause any sadness, though I hope he is well, and will be there again after the vaccination age is lowered to include his age group. Prior to Covid children were far more evident in Chinatown


After dawdling over my milk tea I filled a pipe, and headed out into the cold. On Waverly three young men asked me where Sing Fat was. Southwest corner of California Street and Grant avenue. The Sing Fat Company was a trading house and emporium that survived the 1906 earthquake, and their building is still one of the sights of the city. 舊金山生發公司。 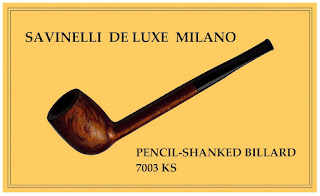 It's unseasonable weather in San Francisco right now. Grey. Yesterday in Marin where I work there was a chill wind blowing, and an old friend who has had pneumonia and chemotherapy in recent months came in from the patio to warm up. Which I could well understand. He was unsuitably dressed, as if he were still 100% and twenty years younger.

With a bit of luck, things will continue to improve, and everyone will be back, soon.
I very much want everything to go well for the people I know.
Health, prosperity, and good things.