There are times I'm glad that I don't live in Delaware. In fact, whenever I think of Delaware, which isn't often, I am mighty glad I don't live there.


"If we provide free [sex acts] for Uncle Pervie, there will be few rapes and few chink broads will be shipped in CONEX containers."
-------Gerald Brady, elected official in Delaware, who probably represents the most educated and enlightened class in that state.


The comments from Gerald Brady come from an email mistakenly sent to an advocate living outside of Delaware. The advocate had shared a Princeton University study that showed how the presence of strip clubs led to a decrease in sex crimes in a New York City police precinct.
Except for the fact that state representative Gerald Brady is a Democrat, in the North East, he's indistinguishable from a Republican. In Texas.

Gerald Brady issued the standard apology, which like all of those apologies was undoubtedly sincere (regret that he had shown his ass) and means less than nothing. "There is no excuse I can offer that explains my embarrassing and shameful words that insulted, stereotyped and dehumanized an entire culture while making light of a serious human rights crisis."

Kindly go screw yourself, Mr. Brady.
You let the side down.
Pig. 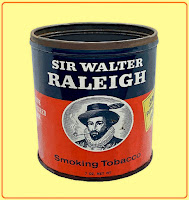 By the way: Delaware has breakfast several hours before I even have my first cup of coffee.
At an hour when civilized people are bleakly staring ahead over hot black liquid (the jitter juice), they're singing and dancing and digesting a heavy meal of pancakes and syrup, eggs, codfish, lobster chowder, and baked beans, or sumpin'. Further proof that they're savage idiots you really don't need. There's probably no decent pipe tobacco there either.
Nothing but bloody Prince Albert and Sir Walter Raleigh.
Smoked by grunting old men.