WHERE EYES ARE NOT THE THING

In Manila they look at your clothes, never your eyes. The clothes betray what kind of man you are, as well as the standards you assume. It's superficial, but somewhat accurate. The tourist wearing a tie-dyed tee-shirt, shorts, and flip-flops has perhaps unwittingly dressed like a labourer or a juvenile thug, and will not be treated very well in direct consequence.
Crisp slacks and a clean collared shirt are better than a passport.
Being white alone just doesn't cut it.

Out in the provinces it's a different storey. First because your average mukang puti ("kano") rarely travels away from air-con, secondly because you are an interesting man. Yes you are. What is the weather like where you are from? What is your religion? How much money do you make? And where are you going?

[It's perfectly all right to NOT hear the questions you do not want to answer. It's warmish at times, cold at other times, not so much rain. Some form of Christianity (or maybe not), heading toward Cebu, and I cannot sing because I'm from Mars.]


I have never been an example of bespoke tailoring. More of a rumpled man. Loose clothing, unfashionable shoes, and non-designer shirts. Clean, neatish, with a faint odour of tobacco and caffeinated hot beverages, rather like your bachelor uncle who is still at Trinity after all these years, working on the phd he will never finish. His ties are soup and spaghetti practical (they won't show the occasional dining mishap unless you really examine them). I rarely wear ties. 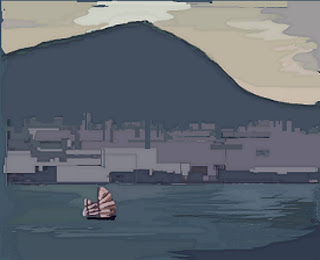 I doubt that I could feel comfortable in Central, or Tsimshatsui (Canton Road before Yau Ma Tei). Which isn't were I would want to be anyhow. At expensive shops they look at your clothes; eye contact is far more likely at a bustling grocery store catering to the people who live in the sixteen stories above it and around the corner. Kennedy Town (堅尼地城). Kwun Tong (觀塘). Absolutely NOT Mong Kok (旺角), though that is a fascinating area. 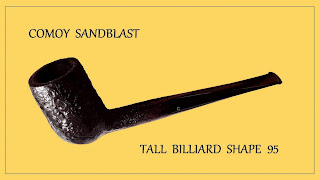 This came to mind because I was outside smoking a rather nice Comoy sandblast, after dark, and I noticed that several people were still dressed as if it had been a warm summer day. This is San Francisco. Tee-shirts, shorts, and sandals are not seasonally appropriate right now, never socially appropriate. And rather silly.

But we're not snobs about it.