Per respected former President Donald Trump, because of whom all Texans and rightward thinking Americans cream in their star-spangled panties, and you may thank me for putting that patriotic image into your heads, technology perfected by the Netherlanders during the late mediaeval period -- and surely you remember the plagues, religious wars, and space alien mutant invasions of that era -- is going to wreak havoc on American (and Texan) society.

It's part of a plan to re-establish Dutch cultural hegemony.


"We're not going to be energy independent two months from now. They're making windmills all over the place, to ruin our land and kill our birds, to kill ... everything."
------Donald Trump


It's true. And you cannot stop us. We Dutch are everywhere. 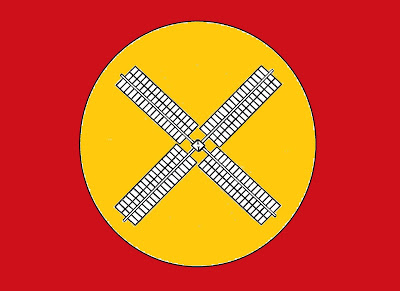 Soon our jack-booted thugs will come for your vital juices.
As well as your precious, precious birds.
Life will never be the same.

Originally I had the colours of the flag above as red, white, and black, but that looked far too reminiscent of the Nazi banner. So I changed it; we're not Nazis (well, except for the NSBers who bailed out to Holland, Michigan), we're Antifa.