They've survived these sixteen months of lockdown, which is good. They're decent people, and the past year has not been the easiest for any Chinatown business. The green grocers have survived, because people need to eat. The dry goods places also. And most of the bakeries. Plus many restaurants, though I fear not all. The place where I had lunch yesterday is a favourite of mine, and for the first time since March of last year I had a meal there.
Only five other tables were occupied; eleven other people.

I've rather missed eating at a chachanteng. 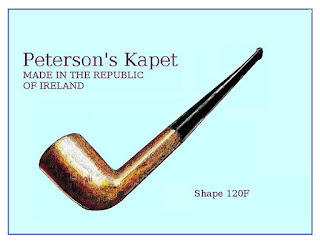 Inside dining is slowly coming back. It looks like not everyone is ready for it yet; there's a marked hesitancy about letting folks let down their masks. Which is understandable, because in a neighborhood with a lot of children not everyone will have been vaccinated, and so far the under twelve contingent is still vulnerable, as are the extremely old and rickety (compromised immune systems).

Plus the Delta variant appears to be more dangerous than previous iterations of Covid, but the white people surrounding the Chinese neighborhood and walking through seem to be blithely unaware of that, believing themselves bulletproof ..... much like Florida, Texas, or Arkansas, where the vaccine-refusing masses are still dropping like flies.
All places with enterprise and confidence.
They're positive! Much winning!
All-American!


Let's revisit the thinking in those very confident states:

"Supposing we hit the body with a tremendous ultra violet, or just very powerful light, and I think you said that hasn’t been checked but you are going to test it. And then I said, supposing you brought the light INSIDE the body, which you could do either through the skin, or in some other way.
I think you said that you are going to test that, too. And then I saw the disinfectant, where knocks it out in ONE minute, and is there a way we could do something like that by injection inside or almost a cleaning. As you see, it gets in the lungs, it does a tremendous number on the lungs, so it would be interesting to check that. Are you ready? It is just a suggestion, from a brilliant lab by a very, very smart, perhaps brilliant man, talking about the sun. He’s talking about heat, and you see the numbers. I’m just here to present talent. I am here to present ideas, because we want ideas to get rid of this thing. So if heat is good, if sunlight is good, that is a great thing, as far as I am concerned."

"This is a very brilliant enemy. You know, it’s a brilliant enemy. They develop drugs like the antibiotics. You see it. Antibiotics used to solve every problem. Now one of the biggest problems the world has is the germ has gotten so brilliant that the antibiotic can’t keep up with it. And they’re constantly trying to come up with a new — people go to a hospital and they catch — they go for a heart operation — that’s no problem, but they end up dying from — from problems. You know the problems I’m talking about. There’s a whole genius to it."


Yeah, I'm not sure what all that actually means. Probably because I don't speak English, what with living in San Francisco and being an atheist liberal and all. But it seems to work for them, and I applaud their fierce rebellion against masks, social distancing, and vaccines.

They're good Christians in the heartland, and Jesus himself will fight the virus for them. They just need to have faith. My thoughts and prayers are with them.

I wish they'd wear their masks.

Lunch was a bitter melon omelette and rice (涼瓜煎蛋飯 'leung gwaa jin daan faan'), with a hot cup of milk tea, followed by a bowlful of C&D's Red Carpet and a stroll to the Embarcadero. The great thing about a chachanteng is that tourists don't understand the food or the concept, and fear being kidnapped for shady purposes, so they seldom enter.
There were none there yesterday.

I fear I am not a pleasant person, and I don't like people much.
Gaggles of tourists particularly not.