Readers still visit that essay. It must speak to something within.


Mornings have quieted down since then. When I got up this morning, I had my coffee at home, then went out with a pipe in my mouth to have an early walk around the neighborhood and a smoke. This is especially important today, because due to appointments most of the afternoon, I shan't have much opportunity to be a crusty old fart with a pipe again till later. Probably after lunch (early tea-time). 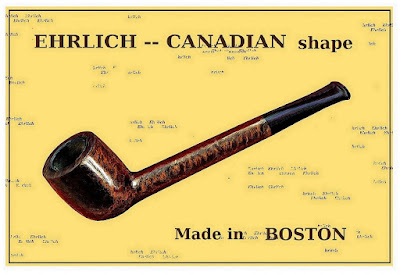 Maybe beef brisket curry (咖喱牛腩 'gaa lei ngau naam') at a favourite haunt. With hot milk tea. Where the waitress has character and at times a sharpish tongue. Which is fun to witness.
A pipe afterwards will be especially enjoyable.

I've never acted like a drunken Australian or Brit. A sane though slightly crazed Englishman, perhaps. Curry, tea, and a pipe. Not in Lan Kwai Fong either, but SF Chinatown.

Sesame oil chicken (麻油雞 'maa yau gai') might be nice too. Instead. In any case, the tea and the pipe afterwards are yat ding ge. Certain. Packing along two old Parker briars and some rubbed-out C&D Red Carpet.


Lan Kwai Fong (蘭桂坊) is one of those places where after seeing it, you would rather not go again. Drinking establishments catering to ex-pats who tend to misbehave. For some reason some of my colleagues years ago knew the place well. Too well. I suspect that the werewolf in product design as well as the marketing department dudes spent most of their time there.