AN EXCUSE TO TAKE A WALK

From the top of the hill down to the restaurant took one pipe-full. Seven blocks, slow amble. From the restaurant to Montgomery and Clay was another four blocks, and a slight sidetrack.
Fortunately one can avoid busy areas, and Waverly hardly ever gets crowded.
Neither does Commercial Street (calle de los commerciantes).
Sometimes I have an imaginary hound with me.
As I stride across the moors.

Tea time in Chinatown is like heading into a village. Where nearly everybody speaks in broad Devonshirese, or some Scottish dialect. Semi-intelligible, but not the same as the language of the metropolis.

Except for the tourists, of course. Who are quite unintelligible, and stand out like sore thumbs.
I'm fairly certain a number of the locals there have, at some point, recognized me as a fixture, part of the landscape. After several years wandering around there with my pipe, I've probably become somewhat invisible. I've nodded in a friendly fashion to the people I recognize, once or twice we've exchanged little bits of conversation, and for the rest we've spun in our own private orbits passing each other. 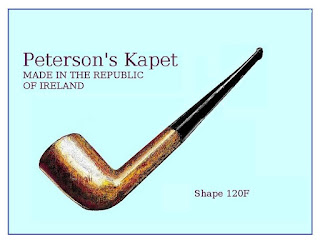 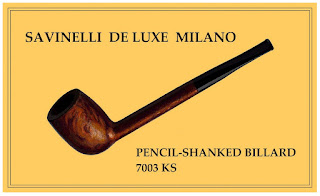 For all I know I may have seen several people at the hospital and the health plan with whom I've spoken there, but, of course, the telephone does not permit one to imprint their faces, and consequently we've never recognized each other. There have been only one or two times I've seen individuals whom I know, usually from the pharmacy, during what may have been their lunch breaks, one or two blocks from their work.

Shop keepers and restaurant people recognize me. So do people from the bakeries.


When I woke up this morning it was from a dream in which we were discussing icecream and Jello. A typical Chinatown lunchcounter dessert. Odd, because I hardly ever have that; there are far fewer places where that's as common as it used to be, and I rarely eat at normal lunch times. Soup and a cocktail bun with butter to start, one scoop of vanilla icecream with lime or cherry Jello to finish, plus your choice of coffee or milk tea. Set menu, different mains from Monday to Friday. Twelve till two-thirty.

Most of those places have disappeared in the last three decades.
I don't think you can even find apple pie there anymore.
Orange chiffon pie is also a thing of the past.


I've lived within a few blocks walk of Chinatown most of my life. There are far, far fewer threatening weirdoes there than elsewhere in the city, and having been in one or two rather violent countries while traveling, I do not need excitement or bullets. Or junkfood stops in shopping malls, and people taking selfies in front of monuments and Hard rock Cafes.

Nor do I need the heroin or methamphetamine addicts of most of urban America.
Plus Starbucks, The Gap, Old Navy, Sephora, Chipotle, Noah's Bagels.
I'm still on the fence regarding Union Square.
I avoid malls.


Yesterday it was the bank, today it's grocery shopping, tomorrow is a physical check-up at the clinic, and on Thursday tea and a pastry. And always the search for fun snackies. More walking and less skulking under the awnings of shuttered shops while weather is good.
Observe the life forms of this planet, as it were.

In between work and reading.