San Francisco is about twenty five percent ethnically Chinese. Probably more, as several other Asian groups are, predominantly ethnic Chinese -- ethnic Chinese have great incentives to leave Malaysia, Indonesia, and the Philippines due to racism in those countries -- albeit often with names that disguise what they actually are. The next biggest groups are Mexicans and Salvadoreans. Less than half the population are Anglo. And please understand that I'm using "Anglo" as a general term for 'Western European descent Caucasian', which includes myself. Dutch American ancestry, English and Scottish mixed in, a fraction of Native American.

This explains why there isn't a Dutch American neighborhood here.

As do our internal rivalries. Broadly speaking, there are five different Dutch American strains in the US population.

1) New Amsterdammers, whose ancestors arrived over three centuries ago.
2) The heretic scum who went to Michigan and Iowa from the late eighteen hundreds through the nineteen-fifties.
3) Post war bailouts who came here because the Netherlands had become a smaller more limited nation.
4) Indo-Dutch. Exiles from the Dutch East Indies who, like the post war bailouts, found the "home country" a small depressing place with horrid food, climate, and society.
5) Recent arrivals, nineteen eighties and later. 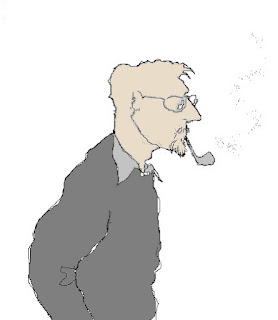 As a perfect representative of number one, I find number two repulsive, have my doubts about number three (includes too many NSBers), get along fairly well with most number fours, though not their children so much, and have little in common with number five except for Ajax and PSV supporters but even then. I'm sure that all those other groups make similar distinctions, on the wrong side of which I have ended up.

[Making it more complex for me is that when I was two years old we moved to Europe. I came back to America for college, and stayed. But I am fluent and fully literate in Dutch, and regularly read the Netherlandish newsmedia on-line.]


I estimate that there are no more than five thousand Dutch in SF, though probably far less, plus another ten K or so with some Dutch ancestry or connections. Far fewer Flemings than that.
A slight majority of the actual Dutch speakers I know are ethnically Chinese.

[Ethnically Chinese Dutch speakers: Hakka from Suriname, Hokkien from Java, and one or two from Sumatra.]

Not a single person I know in the US is from the same region where I lived as a child.


I know more Monty Python fans, pipesmokers, rabbis, and Chinese, than Dutch people. As well as two Afrikaners, one of whom is a pipesmoker with whom I get along very well, better than most 'Ollanders.


Most well-educated Dutchmen, especially outside Europe and the Netherlands, are not hung up on nationality or ethnicity, adapt easily to a broad range of cultural influences and contacts, and tend to avoid clusters of fellow Dutch people. It's fun to occasionally speak Dutch again, but having done that, we'll let it slide for another few years. There is considerably more to life than discussing unidentified fried objects or local football teams. And no reason whatsoever to go to church, let alone one that reflects an ancestral sect, schism, and belief system.

[That Church thing is one extremely good reason to avoid contact with Michigan or Iowa.] 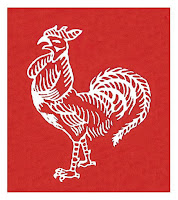 I'll go out on a limb here, and state that the one thing most well-educated Dutchmen in the United States can agree on is the necessity of sambal. Which explains why we love Sriracha, manufactured by a Vietnamese Chinese family company (匯豐食品公司 Huy Fong Foods) founded in California over thirty years ago, and finally available in all civilized parts of the States. Living here would be almost unthinkable without it.

Without chili peppers, we wouldn't be Dutch anymore.

I will not brook disagreement on this.

The first Dutch in the North East swarmed about the coastline in the early 17C. Very broadly, some landed in New Amsterdam, some sailed right up the Hudson and founded Fort Oranje (later Albany - my ancestors) and yet others enjoyed plundering Connecticut.

They were all Calvinist nut cases. In the New York State Museum in Albany is a shameful oath signed by my ancestors in the mid 1600's pledging death and destruction on the followers of the bishop of Rome. Perhaps if the poor dears had sampled the glories of Indonesian chili peppers, they would have been better human beings. Or not.
M.