SOMETHING FRAGRANT THIS WAY

When I was a teenager, my tobacco was often limited to one tin purchased every Monday from the old gentleman who ran the tobacco shop at the intersection of the Eindhovensche Weg and the Klinkerstraat. My fellow students hated it. Because it did not smell like dark shag or fruity tooty.
It resided on my desk, and helped me study.

Now, years later, the television room looks like a cross between a bookstore and a tobacconists. And a junk shop. Numerous jars and tins of tobacco on bookshelves, sharing the space with Judaica, languages, Asian studies material (Indonesia, Indo-China, China, and some Sanskrit stuff), small yi-hsing teapots and pottery from Californian ceramicists. Plus a large distinctive volume I treasure: The Ambonese Curiosity Cabinet (by Georgius Everhardus Rumphius, reprinted translation). If you've read Maria Dermoût in either Dutch or English, you'll understand.

Frankly, I do not understand how my apartment mate tolerates this.
Other than through sheer talent and saintliness.


The tray of pipes that are in the regular rotation is to my left, on top of a stack of books which also includes several tobacco tins strategically placed, as well as a small tray with half a dozen dried rambutans (nephelium lappaceum) which I purchased when they were still fresh; they now look like monkey testicles, but they're kind of interesting so I don't want to throw them out. Two polishing cloths are also on the tray.
At the moment two pipes rest there as well. 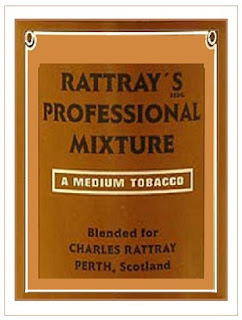 One of the tobaccos I will smoke today is Rattray's Professional Mixture, a quantity of which is drying nearby. It's described as a 'medium mixture', with black Virginia, Latakia, Turkish, and aged Virginias, but it's somewhat on the mild side. Though it would still off-piss my high school classmates, what with not being smelly Dutch dark shag or fruit candy. And likely confuse them too. Teenagers are a harsh audience. Bitches.

Pipe tobacco mixtures have always been, to me, redolent of exotic places and distant corners of the earth. The smell of spice, the odour of tropic vegetation, the stank of fear when you discover alligators in your Mississippi swamp. Well, something like that. As well as exiles posted to far corners of the empire slowly going mad alone in the jungle, or drenched in sweat while at their desks in half-lit mining offices on the edge of a dessert.


My drafting tools are also somewhere here.
Haven't used them in many years.
Or the slide rules.


San Francisco truly is the furthest edge of the known world; people come here to get rich or go mad. Or build things. 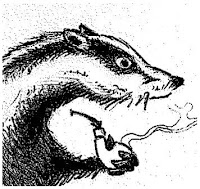