HEAD FOR THE WINCHESTER AND WAIT FOR THIS TO BLOW OVER

At eight A.M there are far fewer people about than by late morning, proving that coffee and breakfast mean that your dog has to poo. Conclusively.
As I do not have a dog, though many do possess splendid personalities, I am not constrained by such considerations. My imaginary pet poos whenever it wants to, wherever it wishes.

Like a proper San Franciscan I pick up after it.

Even at that early hour one should not go too far from the building in only pajamas and a bathrobe. No more than a total of four blocks. Because, of course, there are crazy people out there, and one does not want an altercation with someone on a different plane of reality when one is not properly dressed. So the first pipe of the day was smoked close to the front door. My non-smoking apartment mate had already left for the volunteer project (food-related, poor people) so in theory I could've enjoyed it indoors, but out of Christian consideration for her I have made it a fairly firm rule that a smoke means a walk. Eight blocks is about the limit with this leg; it hurts like you wouldn't believe afterwards. Six seems more comfortable. At four pipes per day, sometimes five, that's between twenty five and thirty blocks of good exercise every day. It's painful. And still throbbing.
Prevents physical and mental constipation.
Important in these times.


The internet, while a dogsend, just doesn't cut it. There are too many tempting articles out there with an editorial slant that makes one toss the cookies. Such as an article by Mr. Christopher Rufo, who despite not living in San Francisco has opportunistically written a bullshit screed against the city, pandering to his retrograde in-bred country-district probably gun-toting conservative beer swilling Fox News watching audience, a demographic one should avoid at all costs. Being, mostly, the red state world.

Yeah, probably shouldn't have cruised into his puke before the caffeine and nicotine hit the frontal lobes. The piece was editorializing and fake news, the comments underneath represented a slice of sewage.

People who spread diseases.
And not just syphilis.

New Jersey, Missississipoo, and the Dakotas. Plus others.
Salt of the earth real Amurickins.


The truly great thing about the Corona virus is that it has cut short the tourist season. This year we won't be over-run by judgmental dingbats from the hinterlands who sneer at the food, smell the pee on the street in front of their cheap motel (because some drunken sot pissed near his lodgings instead of in them), are scared of tall buildings, addicted to fatty snacks, and took their dull family members to 'Frisco'. Won't see them all year.
The wharf will finally become ours again.

No conventions either. The hotel and prostitution industries will probably collapse -- no doubt they'll flourish in Georgia and Montana, you know, safe Christian places, oh well -- but all in all, good riddance. Screw them.
And the skanky horses they rode in on.


I really should avoid the right-wing sites. They're bad for one's psyche. That's why for over a year I've largely stayed off one of the pipe smoking forums; too many ignorant nazi gun nuts. It's not just the smokers of aromatics.

Aromatics, as every knows, are the high way to hell.
Sometimes indicative of degeneracy.

When I first acquired the pipe below, it was close to being a zombie. The previous owner had gotten old, and neglected his smoking equipment. Tarred over the edge and sides, thick carbon layer, draft hole narrowed. After a thorough cleaning it started smoking well -- he had smoked mildly fruity Burley blends, which left a faint old-fashioned ghosting that has diminished with time -- and once a new stem was made for it, it became one of my favourite work horses.  I seldom take it to work, so as not to jinx it. 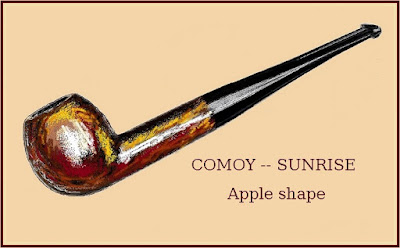 Unfortunately, for many parts of the country, candy-flavoured pipe tobacco is the regrettable norm. People stuck in Fumbduckistan have almost nothing else, and easily stagger down that path, with no peers to guide them.
They are, often, the only pipe smoker for miles around.
Adrift in a sea of howling savagery.

Aged Virginias, both flake and ribbon mixed, with a touch of Perique.

The local pipe club consists mostly of intelligent men in age between mid-thirties and severe years, many of whom have travelled, and prefer people around them who can write their own names without spelling errors, though one of them does always say 'hi' to a cigar smoker who is opinionated and pigg-ass iggerunt (Hi Dan!) whom he's known for two decades.

Dan, if you ever read this, don't take it personally. You're actually a fairly okay bloke, but you watch Fox News, voted for the idiot, and say stupid things. Conversation with you is a waste of time, as Harry realized.
Oh, and please stop talking about your damned penis.

But you do have good taste in stogies.
Tattuaje Black Corona Gorda.
An excellent product. 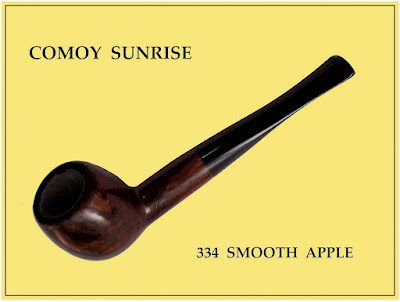