IT'S NOW ALWAYS TIME FOR TEA

Walking a lot more. Keeps the joints limber. Just in case I'll ever need to run again. And more tea, more toast, and regular growling at other people. Under my breath of course, because fisticuffs are very imperfect social distancing.

Each walk means a pipe and tobacco.

In case you're wondering, my doctor won't say a thing about it for at least three months, because the clinic called today, and asked if they could postpone my next medical appointment a bit.
Why yes, of course they can.
Third week of July.

Third time out today, I assiduously avoided the crazy people on Polk Street, instead talking the long way around. Full bowl, aged flake mixed with red ribbon, very minor touch of Perique (three point three percent). Delightful. Just before teatime, and much warmer than a few hours previously.
So no Raynaud's in the fingers. 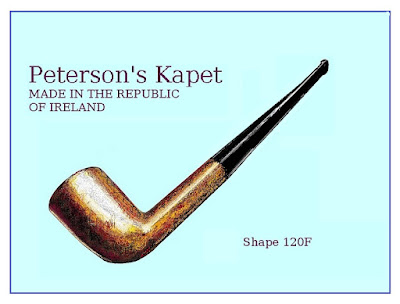 On Friday afternoon there had been angrily screaming people every two blocks or so. Which is not that unusual, but when there are fewer folks around, the berserk element stands out more.
I cannot understand the people who happily wheel the baby carriage with their offspringlings through an insane asylum.
Are they nuts?


During the day I heard from two fellow pipe men. One of them devoured a bucket of buttered popcorn while watching a James Bond flick, the other one has isolated himself in his garage with a fridge, a heater, a kettle for tea, and an eight by three foot desk. We're staying sane.

Solid British style flakes, Virginia mixtures, Balkan blends.
These are the fundaments of civilization.
Plus cookies.