How does one remove lipstick stains from a pipe stem? I am not going to ask her. She's a pipe smoking friend on the other side of the country, married to another pipe smoking friend who also lives on the other side of the country. He'd know -- she may have borrowed one of his briars -- but I shan't ask him either. They do not smoke the same tobacco.
He's a purist, she's a wild explorer.
Unorthodox mixtures.


One of the cutest things I've ever seen is this:

"End of week three in quarantine. I almost stabbed my husband because he got pipe embers on my favorite blanket. An overreaction you say? He’s murdered 7 blankets before this one."

So he now owes her eight comfy blankets. From my point of view, they are a dysfunctional couple, because I've never gotten pipe embers on a blanket, or even on my bathrobe. Part of that has to do with the fact that I do not load pipes to the brim, reason being that a little clearance guides the flame when lighting it, part of it has to do with my being careful and attentive almost to the point of neurosis.

But it's so charming that somewhere in this great country, one, or two, pipesmokers are swaddled in a blanket while enjoying their tobacco.

Even though they're doing it wrong. 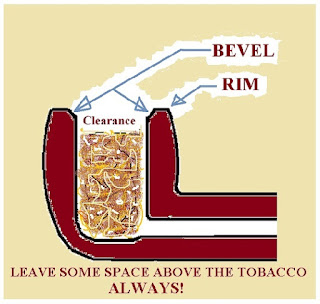 ALWAYS leave some space above the load of tobacco. That way, when it curls upwards upon lighting, it will not shed embers on your blanky.
This is VERY important.

Some of their friends questioned why he was still alive, others wondered at them smoking in bed. My sole contribution was that he should get his own damned blanket, though given how casual he is about scorches, I really should have suggested that he smoke buck naked.

But that would leave him exposed to their cats.
Who may not like him smoking.
And have claws.