This week was deliciously dominated by Donald Trump. Not only his brand new ambassador to the Netherlands, Pete Hoekstra, proving himself as even more of a whoring patsy than could possibly be imagined, and not only Der Donald's shitty comment about African nations, but also by his tweet about the new United States Embassy in London (the Embassy move was decided upon when George Bush was still president).


QUOTE:
Reason I canceled my trip to London is that I am not a big fan of the Obama Administration having sold perhaps the best located and finest embassy in London for “peanuts,” only to build a new one in an off location for 1.2 billion dollars. Bad deal. Wanted me to cut ribbon-NO!


Apparently everything Donald doesn't like is Obama's fault. He probably also thinks Obama is trying to poison him, and the reason why there is no gorilla channel is because of Obama.


"He kidnapped me and had surgeons make my hands small and pudgy!"


The Pete Hoekstra thing is because at an anti-Muslim event, Pete Hoekstra stated as a fact that in the Netherlands "there are cars being burned, there are politicians being burned", then in an interview denied ever saying that, and subsequently denied denying it. It was all, in his eyes, "fake news".

Someone should sit Pete Hoekstra down and carefully explain to him how video tape works. It's very good at recording bullshit for posterity.


The comment about African nations and Haiti undoubtedly played very well in shithole states like Kentucky, Tennessee, Alabama, Mississippi, and Texas. As well as Michigan, where Hoekstra is from.

[On a posting elsewhere, I called the city of Holland in Michigan an armpit, in a state which was also an armpit. That was before Donald gave me a better word. Holland, Michigan, is a shithole within a shithole. Both are bigly shitholes.]


Please be specific and name them, Shah-sahib, or stop trying to randomly cast the accusation that those politicians who oppose Trump are traitors. And your own leader may very well have ties far too close to Moscow or Ankara, so it might be wiser not to sling that batch of mud.


"The three senior guys in the campaign thought it was a good idea ... "


By the way, Donald, your hands are ugly, your buildings are vulgar dumps, your inauguration was sparsely attended, especially when compared to your predecessor's inaugurations, Sarah Palin and all the other Jesus-freaks who voted for you are morons, Trump Steak failed, and that filled taco shell at the Trump Tower Grill looks damned-well inedible. 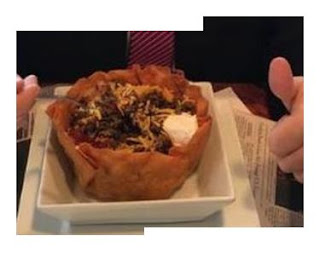 You've been reliably described as a charlatan and buffoon.
As well as an orange-faced shit gibbon.
And a giant isopod.
Yuge™. 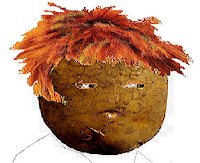 In the eyes of many, you are all those things.
And so much more.

Email ThisBlogThis!Share to TwitterShare to FacebookShare to Pinterest
Labels: Trump

"MEXICO CITY (Reuters) - Nine dismembered bodies were found piled in a truck on Saturday night in the violent Mexican state of Veracruz, the governor said on Sunday, describing the crime as a clash of rival gangs."

Just want to point out that this didn't (and never has to my limited knowledge) happen in any of the US "shitholes" you brought up. And while I'm fairly confident some brother/sister shenanigans are at this moment going on in my lovely Commonwealth, we don't lop heads off bodies and leave them willy nilly for the authorities. That behavior is largely limited to shitholes. Don't lose sight of the fact that most people who voted republican in the election did so largely because Mrs Clinton is the spawn of evil, not because they love trump.

"Don't lose sight of the fact that most people who voted republican in the election did so largely because Mrs Clinton is the spawn of evil, not because they love trump."

And yet, they gave us Trump.

Then they happily snorted the cocaine which the narco-trafficantes supplied, those same violent gangs which cater entirely to the Norte-Americano addictions. That is why there are problems with 'rival gangs' in Mexico. Without Gringos, there would not be a drug trade. In the lovely Commonwealth.

You know, you could've done far worse than Hillary.