A couple of years ago I had an appointment with a nutritionist right before her lunch time, at her office in the middle of Chinatown. She probably remembers it as a disaster. Quite nightmarish. And may have resolved to never have nutrition-related conversations with Caucasian foodies again. Seeing as I described in great glorious detail all the wonderful establishments within two blocks of her at that moment, who would be keenly welcoming and ready to serve, for instance, baked porkchop over spaghetti with tonnes of melted cheese on top. Which is very Hong Kong. Or roast duck and rice in THREE directions from her office. Little egg tarts, little chicken pies, flaky charsiu turnovers, deepfried puffs, or CAKE, as dessert.

[The nutrionist's appointment was on the strong recommendation of my doctor, a sensible man to whom I listen. One of the reasons I've had all my vaccinations. He's Indonesian Chinese. We can talk about food.]


She seized upon my mention of the cookies in the teevee room between my apartment mate's computer and mine and we agreed on tiny baby steps: cut down somewhat on the cookies.

I'm not nearly as bad as most of her clients, who are Chinatown Toishanese. These are the people who will swap out their relatives carefully balanced and considered dinners when they are in the ICU, for salt fish pork, and eggplant cooked with fatty meat, because no one has an appetite for the muck served at medical facilities, and you just can't get better eating that crap. Even if grandpa is in there because of problems caused by eating salt fish and fatty meats all of his life.

Grandpa happily tucks in, and his granddaughter will eat the boiled vegetables two ounces plain cooked chicken no skin and cup of hospital lime jello so that food doesn't go to waste.

What the granddaughter won't do is wheel him out to the alleyway later for a smoke.
Smoking is bad; she knows that. And so smelly!

If he's able, he'll sneak out on his own, because a ciggy aids digestion.

And it's beneficial to the mental state.


There are two alleys right near the hospital. I shall imagine a whole flock of orderlies detailed to wrangle the rebellious sick old men in hospital gowns disobeying the nursing staff and out there in the middle of the night splitting a pack of Marlboros. Which I've never seen, because I am a sensible man, despite being very Caucasian, and am rarely in Chinatown in the middle of the night searching for ciggies after my salt fish and pork.

I smoke a pipe. 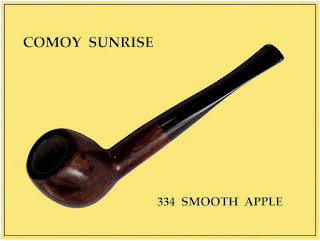 Chinese women, especially when related to Cantonese men, mostly disapprove of smoking. White women are far less biased in that regard; they disapprove of it no matter the ethnic derivation of their relatives.

It has been my experience that in environments where smokers gather, you will seldom see women, except for the occasional white female searching for a rich lawyer to reform. Or, in one case, a middle aged wife fiercely protecting her cigar smoking husband from the hot party slags lying in wait. There was one time Nick suddenly found a curved person on his lap trying to stick her tongue in his ear because he was so HOT (he's in his seventies and rather elfin looking), but as this got in the way of tamping his pipe he persuaded her to do something else, and management soon threw her out.


Anyhow, after the nutritionist's appointment, I went out and had a fabulous meal, while she may have wept into her boiled vegetables two ounces plain cooked chicken no skin and lime jello.
I feel sad for her. She has her work cut out.

Today I intend to do much the same. I shall head over to Chinatown, early to mid afternoon, where within several block of her office at the hospital there will be many good things to eat. Don't know what yet. It's a day off, so I need some real food after working in Marin County with all the health freaks and their salads, boiled vegs, no chicken at all because meat is murder, not even any blasted lime jello -- also, the convenience store nearby has stopped carrying Sriracha because they don't want to encourage "those" people -- and tasty stuff beckons. There's at least one place open for inside dining where I can get baked porkchop over spaghetti with tonnes of melted cheese .....

I'll probably have something healthier instead. Fish with lashings of sambal, for instance. Or roast duck rice. Or steamed pork patty with salt fish and ginger shreds.

Ginger is a vegetable.
And so is sambal.
Healthy!

Followed by a pipe while wandering the alleyways.
Good for digestion and mental states.


I often smoke a pipe after eating lunch in Chinatown. No one has ever stuck her tongue in my ear there. It just doesn't happen. For one thing, I am not in my seventies and elfin looking.
And for another, I seldom if ever consume lime jello.
That must be it.