THIS IS WHY WE CAN'T HAVE NICE THINGS

You've seen it hundreds of times; almost always it's a Caucasian who does it. Someone who is precious. Entitled. A very special person, who feels that they can't be 'themselves' covered up, in denial about breathing through their nose and the possibility (great likelihood) that little old them could possibly be spreading a deadly disease and in any case they are different and somehow won't be guilty of, or responsible for, whatever happens to lesser beings.
They are nose free in public.

Often it's on public transit. 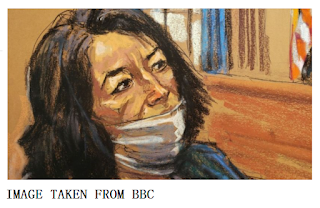 Whenver I see this within spitting distance (less than fifteen feet) by strangers I must fight the urge to pick up a heavy object and start pounding their nose into a bloody pulp.
Because what they're saying is "I don't care about your health".

Over a thousand people in the United States lost their lives yesterday because of people like this. People too precious, arrogant, and apathetic to cover their big white noses.

If you are a stranger you might be an anti-vaxxer who face-licks drug-users at anonymous sex parties, a Republican psychopath, or a Christian. I don't know where you've been, or with what filthy diseased Texan scumbucket you've had unprotected respiration.


Seriously, I want to flatten your nose. Forcefully. Leave nothing but a gaping ragged bloody mess where your nose once stood. Turn you into a visible and audible warning to the other ambulatory bio-hazards who don't wear masks properly.

If you customarily look like this in public, I don't care if you, your elderly parents, and your spouse, kids, and siblings, suffer and die horribly. But do it fast, idiot, so you don't inconvenience other people.