THEY COULD BE WORM-FREE

There are people out there who have done their own research, and, if nothing else, strive to become succesfully ivermectinated. A news article details the misadventures of two of them. Because I am not a meanie I cite the article below, entirely without names, places, or sources, so that the offensive parties can't be identified. Well, actually I am a meanie, and I think they deserve what happened to them, but mentioning names, places, and sources would be invasive and serve no useful purpose.


Severely edited cite:
A woman who was hospitalized with COVID-19 died following her husband's unsuccessful attempts to force doctors to treat her with the anti-parasitic drug ivermectin. She was middle-aged and spent several weeks in the hospital. She was not vaccinated against COVID-19.

Her husband sued the hospital over their refusal to administer ivermectin to his wife.

The lawsuit was rejected.

Overriding a doctor's recommendation would be a dangerous precedent.

The judge encouraged the woman's family to try to negotiate a deal on their own with the hospital. A doctor eventually agreed to administer ivermectin, though the family attorney said it was too low of a dose.
End of severely edited cite.


It was not mentioned whether she was free of intestinal parasites when she died. So we don't know if the medicine worked. This is important information for horse owners.

Christians, free spirits, and Republican dimwads protested outside the hospital regularly while she was in intensive care. She was a notorious anti-vaccine activist, and her treatment took away resources that could have been better used on a worthwhile human being.

I have no sympathy whatsoever for such people.

BTW: The attorney who represented them is a real piece of work, and probably deserves to be disbarred. I have exceedingly low hopes for him. 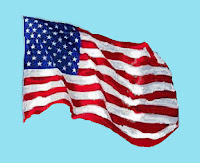 Further BTW: I am a total meanie. I support and encourage Christians, free spirits, and Republicans to have nausea, vomiting, diarrhea, hypotension, severe allergic reactions, vertigo, seizures, and partial or complete cessation of brain activity.
Take the worm medicine, you know you want to.
Freedom!