OF MANY MINDS ABOUT THE HOLIDAY

2020: Dutch American Cantonese Thanksgiving: Turkey in a pastry crust, creamed spinach, rice, and chilipaste. Plus an axe murderer on the telly.

NOTE: my apartment mate is my ex-girlfriend, a Cantonese American woman I've known for years. We trust each other and have somewhat similar tastes. Except for the chilipaste; for me chilipaste is one of the many divine gifts to the Dutch, for her it's "good lord almighty you folks are ruddy bonkers".

NOTE: I will have you know that my people (Dutch Americans, New Amsterdam) had nothing to do with what that bunch of reprehensibles did in Massachusetts, and a dry inedible fowl is NOT a feast.

2020: "Telling me about the Kingdom Of Heaven doesn't do diddly squat, and provides NO comfort during the pandemic; ice cream and chocolate however work wonders." Statement by the apartment mate regarding the proselytizing talkiewalkies of a neighborhood Seventh Day Adventist.

NOTE: the Seventh Day nutball is still around, but no longer talks to either of us.
We're hopeless. And very unkind to missionary types from any creed.

2020: Glad that per the Supreme Court, religious people have a right to die in larger numbers. It is well-deserved.

NOTE: see remarks about missionaries and puritans above.

2018: If George Soros has done even half the things of which they accuse him, I'm cool with that; a liberal super being.

NOTE: Yeah, this is self-explanatory.

NOTE: I have a relationship with icecream.

2016: Now that Castro has passed on, can we send those Miami criminals back?

2015: Quote from the EX: "What is it with upper middle class white people? They're sex-obsessed, and getting it on all the time!"

NOTE: this may have had something to do with what was on the television. And judging by this, I am not upper middle class white.

2014: Tofurky is very Puritan: the pilgrims would have enjoyed it.

NOTE: there is a bar at the end of the block. Broken dreams, hopes dashed, yuppie procreative shenanigans crashing on a distant shore.

2014: Creationism is bunk. The dinosaurs did not drown.

NOTE: Per Wikipedia: "Astrophysical measurements and radiometric dating show that the age of the universe is about 13.8 billion years and the age of the Earth is about 4.5 billion years". Lakewood Yid's entire premise that giant lizards didn't make it onto the ark is, as normal people know, balderdash and bunkum. Plus Creationists are evil idiots.

NOTE: my piles bleed for them. 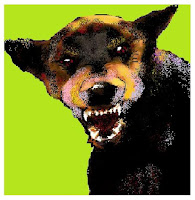