If this blogger can shave and shower in an efficient manner, and soon, this blogger will go have pork chops. At the 新麗晶西餐廳 on Pacific. Which includes a bowl of soup and a piece of garlic bread to start, plus a cup of hot HK milk tea, and a cooking show on the wall-mounted television, entirely filmed on location in Hong Kong, by charming overdressed natives of that place, who are speaking in Cantonese and exclaiming over something that involves fatty pork, scallops, or crab, prepared by a random celebrity chef.
And, of course, a request for the bottle of Sriracha chili sauce.

This pork chop lunch intention formed soon after reading a friend's review of 'Szechuan Sauce'. As well as the frightening chicken bits.
My guess is that he had a lousy meal.

While he was masticating bird parts, I lit up a Camacho Connecticut Box Pressed Toro, and sat down for the first of two cups of coffee.
Yes, the windows are open.

This cigar does get better as it goes down. Nearly one and a half hours of pleasure. It's a damn good thing my apartment mate (presently at work) doesn't enjoy cigars, or this place would reek.


Did I mention that I opened the windows?


Because of the cold, my right hand is freezing. And due to Raynaud's phenomenon, the finger tips on that hand are turning blue.
A man must suffer for the little joys in his life.
My Calvinist ancestors would be proud.

Creamy nutty taste, even burn, semi-firm ash that only flakes a little bit.
Well made. Not particularly complex, but a good cigar.

I just looked at my feet. Raynaud's starting there too.
Those toes look like a zombie.


Adult male feet are never pretty even at the best of times.


Other cigars smoked recently were a Muwat Kentucky Fire Cured Toro (which was quite decent), and an Eiroa Peseta (Honduran puro, robusto, released in 2013, pretty darn good). Fortunately the smell of boiling medicinal herbs drove the smell out before she returned home.
She has always nurtured serious doubts about me.
Her boyfriend purely resents my ass.
Which I don't mind.

Here, for the terminally curious, is the recipe for a somewhat better version of "Szechuan sauce" than any junkfood place does, but it still isn't quite edible by Chinese standards. Feel free to improve it.

Mix well. Simmer while stirring til it reaches the right thickness. Serve with cardboard chicken, or incorporate it into a typical suburban stir-fry. 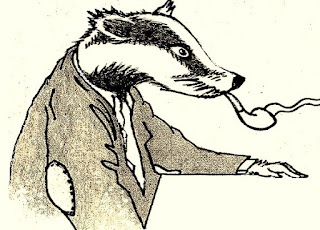 I'll be smoking a pipe after lunch.
McClelland pressed Virginia.
You probably knew that.