In a comment appended to a Dovbearian blogpost, REReader writes the following:

Has everyone finished yelling? I would like to reiterate a point I tried to make earlier, when everyone was too busy shouting to listen.

The value and argument for free speech is not that some of the people who say noxious and horrible things might be right. The value and argument for allowing free speech is that when people say noxious and horrible things, other people can counter them, in public. THAT DISCOURSE, the give and take, is what ultimate results in an increase in truth and knowledge. And the obligation (yes, obligation) to address such ideas is what "shakes up the establishment," not the noxious speech.

One argument against free speech is that hey, someone said something noxious, and no one pays attention to the rebuttal, so it just does harm. The counter-argument (which I agree with) is that the rebuttal has to keep yelling loudly and clearly and make itself heard. The lack of true evenhandedness in the market-driven media (noxious speech does make a better story than a reasoned rebuttal, there's no denying) is an argument against market-driven media, not against free speech.


REReader said it better than I could.


Dovbear's post commented on the sentencing of faux-historian David Irving, who is well know as a holocaust denier, nazi apologist, and all round loveable eccentric. The point which I read into Dovbear's post (http://dovbear.blogspot.com/2006/02/david-irving.html) was that both the law against holocaust denial, and the sentencing, go against our values of free speech.


People should be allowed to publish whatever they want to publish.

Without the authorities having much say in the matter.


That does not mean that if harm was done by publishing something, the author and publisher should not be taken to task. One can sue for slander, prosecute for incitement, or take to court to demand retractions.

But only after the fact - it's a bit hard to argue that harm was done, unless the material was published. [A question of both tense and proof.]

Any limitations on speech should come from the public, not from governments or politicians, no matter how friggin' high-minded they claim to be.


It's simple - I do not trust the authorities to know when to stop.

[Please don't even think of bringing up national security as a reason not to publish - you know that argument has been abused and misused so often, by so many thorough ruffians, as to be virtually useless. Unless a national security issue can be proven, the mere claim should NOT be allowed to stifle speech, nor hide the stupidity and incompetence of people in power.]


TUB (The Ursine Blogger) wrote: "Though neither Irving nor the cartoonists should be regarded as free speech martyrs, both have scored cheap points for free expression. "

Now isn't it a bloody shame that that is so?
We've really sunk to a lowpoint if crappy sketch-artists without a sense of humour and odious cretins like Mr. Irving have become the posterboys of free-speech.


I really do believe that once we allow governments to impose controls on free-speech, we're only one step away from the dominant religion exerting its influence. And before you know it, they'll be burning Talmuds and evolution textbooks in the public square, and banning the publication of Tanya and Penthouse.

An exaggeration? You really think so?

You do know that libraries have to report you if you borrow certain books, don't you?
You would really be surprised at some of the books on the list. Go ahead, ask your library for the list - but don't be surprised if they report you.


I'm not a particular fan of either Tanya of Penthouse, but I concede that they serve a purpose (though their purpose is immaterial to the argument), and I cannot support limiting publishing or distribution of either.

Email ThisBlogThis!Share to TwitterShare to FacebookShare to Pinterest
Labels: Dovbear

Preach on, preach on.

This is a message for the webmaster/admin here at atthebackofthehill.blogspot.com.

May I use part of the information from this post right above if I provide a backlink back to your website?

Please feel free to quote, cite, or incorporate information or text from this blog.

Thank you for asking.

Thanks for sharing this link - but unfortunately it seems to be not working? Does anybody here at atthebackofthehill.blogspot.com have a mirror or another source?

What happened to the comment links is that DovBear changed his comment service and all the comments were moved over.
The comments can be accessed here: DovBear: David Irving Comment String
Full version of that url: http://js-kit.com/api/static/pop_comments?ref=http%3A%2F%2Fdovbear.blogspot.com%2F2006%2F02%2Fdavid-irving.html&title=DovBear%3A%20David%20Irving&path=%2F114080329884337256&standalone=no&scoring=yes&backwards=no&sort=date&thread=yes&permalink=http%3A%2F%2Fjs-kit.com%2Fapi%2Fstatic%2Fpop_comments%3Fref%3Dhttp%253A%252F%252Fdovbear.blogspot.com%252F2006%252F02%252Fdavid-irving.html%26path%3D%252F114080329884337256&skin=echo&smiles=no&editable=yes&thread-title=Echo&popup-title=Comments&page-title=DovBear%3A%20David%20Irving

The blog post in question is here: David Irving, by DovBear.
Full version of url: http://dovbear.blogspot.com/2006/02/david-irving.html.

Even more than four years later, it remains an interesting read. Still relevant. Perhaps now more than before.

I have a inquiry for the webmaster/admin here at atthebackofthehill.blogspot.com.

May I use some of the information from this post right above if I give a backlink back to your site?

Please feel free to do so.
Regards,

Thanks for sharing this link - but unfortunately it seems to be down? Does anybody here at atthebackofthehill.blogspot.com have a mirror or another source?

Both links also shown in the comments underneath here. The comment string takes a few seconds to load - be patient. Dovbear's blog also takes a second or two. The relevant comment string is also accessible from the post itself.

I have a inquiry for the webmaster/admin here at atthebackofthehill.blogspot.com.

May I use part of the information from this post right above if I provide a backlink back to this website?

"May I use part of the information from this post right above if I provide a backlink back to this website?"

Yes.
Absolutely you may use part of the information or quote from this post.


Its like you read my mind! You seem to know so much about this, like you wrote the book in it or something.

A SALAD VEGETABLE: THE JALAPEÑO

Years ago, when I still worked for a computer company in Palo Alto - Menlo Park, I got so tired of the bland crap that people in the suburbs... 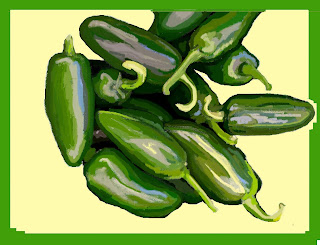