My father was a bomber pilot, having joined the RCAF before the United States was in the war. It is something about him that I admired. Among many other things. Even with the hindsight of decades, he still seems a most exemplary man. In some ways I have unconsciously emulated him. Probably because by his example certain things seemed natural and familiar.
I did mechanical drafting for a few years, I smoke a pipe, I speak German.
And I've striven to be as much of a gentleman as possible.
But I am not an engineer, nor a pilot.

Any bombing I may do will be from ground level.

I've known a number of pilots, including several Brits. Kaitak was their most challenging airport. Approach across the peninsula, and as soon as you see the checkerboard, bank sharp right and descend, putting the plane in line for runway thirteen. It wasn't the only landing strip in Hong Kong, though. Far less challenging was the British airbase at Sek Kong. 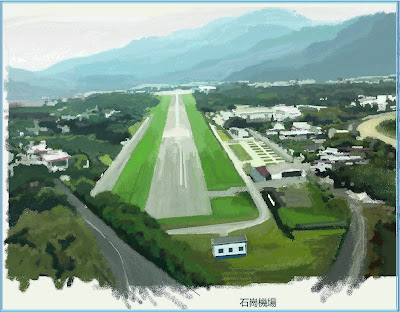 RAF Sek Kong is now held by the mainland armed forces, though also home to civilian flight enthusiasts on weekends. Like Kaitak, it is surrounded by buildings and people. It is located in Yuen Long District, and there are still a number of formerly military connected personell residing nearby.

In the picture above, the approach is from the northwest, Kam Tin Road (錦田路) is on the left of the runway, Kam Shui North Road (金水北路) on the right. Further south and not visible is the Kam Tin River (錦田河), which flows twistily north until it joins the Shan Pui river (山貝河), and shortly thereafter drains into Deep Bay (后海灣 aka Shenzhen Bay: 深圳灣). Kam Tin Road eventually joins Route Twisk (荃錦公路), which meanders across the mountains east and southward before till it enters Tsuen Wan (荃灣.

This afternoon I put one of my father's old pipes in my coat pocket to smoke after tea. 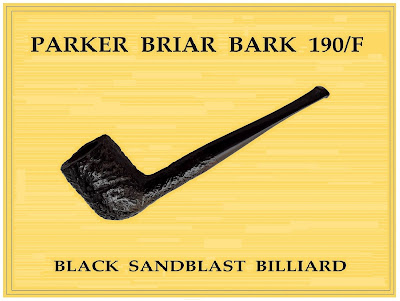 Many of the places in Chinatown are still closed -- it's day two of the New Year Festival -- so I ended up at a place I haven't visited in two years. Not much in the display cases to choose from, but the milk tea was good and strong, the waitress quicker and more alert than I remember the staff there ever being (she must be new), and tables clean.

Some things are more important than you might think.