SHUT UP AND TAKE YOUR MEDICINE

On the other hand, a lot of American Christians are dying entirely worm-free now, and that's a darned good thing. This was my contribution to light conversation earlier. Because upstanding Christians self-dosing with Ivermectin is, at this point, something you should just take for granted. Or, if they don't, you wonder what's wrong with them. Don't they believe?

There's a demonic spirit in your left nostril; it's trying to get out.


"Is it the Christians who are swallowing horse dewormer and aquarium chemicals, and the paranoid Republicans who are drinking their own urine and popping Valium, or the other way around?"


Well, there's an overlap there.

The first part of me that wakes up, courtesy of Java, is the part with the least tolerance toward crazy shiznit from the nutball fringe. So it's probably a good thing that I do not watch Fox News. It's what they specialize in. On average it takes me three to four hours after my coffee before I can smile blandly and say "there there, little angry old person, just take your metamucil like a nice little munchkin and suck on your prunes". 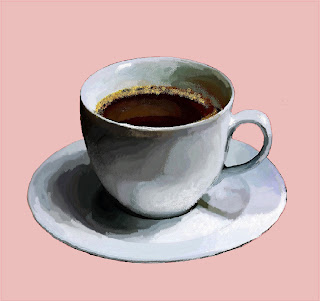 I am not considerate and social beyond grunting for that first hour or so. That's why you don't want me in charge of the old folks home or the kindergarten.

Caffeine and a smoke first, in any case.