Pursuant an earlier post, in which I sarcastically mentioned doing "manly" things, a reader who identified him or herself as 'Audrey Hepburn' asked "So tell me. What are "manly" things?" And you know, I've never thought about it. Having grown up mostly overseas, I've never had the benefit of football or baseball to mold my thinking. Which is in some ways a handicap, because I tend to think of sports jocks and sports fans alike as being monumental dicks, rather than "all American males".

Same goes for World of Warcraft, people who dress up like paramilitary death squad members when they go to the gun range, or Hobbit wannabees.

The more self-indulgent and enjoyable aspects of being human are often seen as the proper purview of American males, everything else is relegated to women and minorities.
And even there, how one defines "enjoyable" makes a huge difference.
Shooting things and beating up fellow athletes? Manly!
Falling asleep in your own beer? How butch!

As an interesting note, very many famous painters and poets of the past were men. Because painting and writing poetry are difficult, typical American males are taught that these are unmanly, and more properly something feminine.

As a reward for killing so many Germans in two world wars, white American men get to play football and baseball. 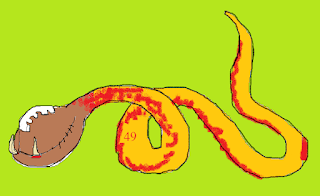 Instead of spending so much effort and resources on "sports medicine", we should let those football players, baseball stars, and all other jocks writhe in agony on the field, and possibly die or never walk again. Gritting their teeth for the rest of their useless lives would be the epitome of machismo. Perfect examples of awe-inspiring manliness.

And the losing team gets dragged off and shot.
Can't get any more manly than that.
I would support this.

By the way: I occasionally write sonnets in Dutch. Try it sometime, you wusses.

This essay was brought to you entirely without the input of greasy cheese snacks, watery American beer, or shitty pizza. That's what the Superbowl is for.