ALICE WALKER -- KEEP THIS DISTURBED WOMAN AWAY FROM CHILDREN

Yesterday around tea-time I ended up reading about Alice Walker. Alice Walker, you will recall, is the American literateur and harpy about whose book 'The Cushion In The Road' the Anti-Defamation League said "What is shocking, however, is the extremely vitriolic and hateful rhetoric employed by Walker, the author of The Color Purple and a poet and activist. Her descriptions of Israel and Israelis can largely be described as anti-Jewish and anti-Semitic."

And:
"Her writing is heavily peppered with explicit comparisons between Israel and Nazi Germany, an analogy employed by the harshest of anti-Israel critics..."

I wouldn't be surprised if The Cushion In The Road is one of Jimmy Carter's favourites. Walker and Carter are birds of a feather.
A very filthy feather, to be sure.

"What is shocking, however, is the extremely vitriolic and hateful rhetoric employed by Walker"

According to Wikipedia, after having already visited Gaza in 2009, Alice Walker intended to participate in an aid flotilla countering Israel's blockade and contravening international law in 2011. "Explaining her reasons, she cited concern for the children and that she felt that "elders" should bring "whatever understanding and wisdom we might have gained in our fairly long lifetimes, witnessing and being a part of struggles against oppression."

Also from Wikipedia, "In May 2013 Alice Walker indicated her support for the conspiracy theorist David Icke. On BBC Radio 4's Desert Island Discs she said that Icke's Human race get off your knees (in which Icke claims that Earth's moon is actually a “gigantic spacecraft” transmitting “fake reality broadcast[s]...in much the same way as portrayed in the Matrix movie trilogy") would be her choice if she could have only one book. Walker has also praised this book on her own website, stating that upon reading the book she "felt it was the first time I was able to observe, and mostly imagine and comprehend, the root of the incredible evil that has engulfed our planet."


David Vaughan Icke is the new-age nutzoid who claims that many of the world leaders past and present are actually reptilian pedophiles from outer space.

Once again from Wikipedia: "Icke argues that humanity was created by a network of secret societies run by an ancient race of inter- breeding bloodlines from the Middle and Near East, originally extraterrestrial. Icke calls them the "Babylonian Brotherhood." The Brotherhood is mostly male. Their children are raised from an early age to understand the mission; those who fail to understand it are pushed aside. The spread of the reptilian bloodline encompasses what Norman Simms calls the odd and ill-matched, extending to 43 American presidents, three British and two Canadian prime ministers, various Sumerian kings and Egyptian pharaohs, and a smattering of celebrities such as Bob Hope. Key Brotherhood bloodlines are the Rockefellers, the Rothschilds, various European royal and aristocratic families, the establishment families of the Eastern United States, and the British House of Windsor. Icke identified the Queen Mother in 2001 as "seriously reptilian."

The Illuminati, Round Table, Council on Foreign Relations, Chatham House, the Trilateral Commission, the Bilderberg Group, the International Monetary Fund, and the United Nations, are all Brotherhood created and controlled, as are the media, military, CIA, Mossad, science, religion, and the Internet, with witting or unwitting support from the London School of Economics. At the apex of the Brotherhood stands the "Global Elite," identified throughout history as the Illuminati, and at the top of the Global Elite stand the "Prison Wardens." The goal of the Brotherhood – their "Great Work of Ages" – is world domination and a micro-chipped population."


Expanding on the theme of alien mind control, "Icke writes that the Anunnaki have crossbred with human beings, the breeding lines chosen for political reasons, arguing that they are the Watchers, the fallen angels, or "Grigori," who mated with human women in the Biblical apocrypha. Their first reptilian-human hybrid, possibly Adam, was created 200,000–300,000 years ago. There was a second breeding program 30,000 years ago, and a third 7,000 years ago. It is the half-bloods of the third breeding program who today control the world, more Anunnaki than human, he writes. They have a powerful, hypnotic stare, the origin of the phrase to "give someone the evil eye," and their hybrid DNA allows them to shapeshift when they consume human blood."

Got that? And remember, according to this man, the moon is an enormous spacecraft controlled by reptiles.

Any thought that it might be green cheese is just wrong.


INFECTING THE MINDS OF STUDENTS

I can accept that Alice Walker believes deeply in this man. We do have freedom of religion in America, and she can adhere to whatever crackpot far-right new-age conspiracy nonsense cult she wants. Heck, she can even put on robes and dance around an image of the icky man at full moon. Which I would not be startled to find out is something she does.
Or passionately wants to do.

But clearly that woman has gone off her rocker. And, judging by her lubricious worship of hate and violence -- Malcolm X, Rachel Corrie, and suicide bombers (*), have all received her kudos -- she's too dangerous a person to allow any influence over the young.


"whatever understanding and wisdom we might have gained in our fairly long lifetimes..."


No, sorry, you would poison their minds, Ms. Alice Walker. There's already enough totally toxic crap to which kids are exposed that even one drop of your bile might make them mad.

The bucket is too close to overflowing.


AND, SPEAKING OF BUCKETS...


I would say that her writing should only be read by adults. But there are reasons to doubt the adulthood of her readers.
Surely no rational adult would suffer so.

You are absolutely right. Alice Walker is one the most hatefilled cretinous faux-intellectuals on the planet, and should be either isolated (in Sinai), or hospitalized (also in Sinai). 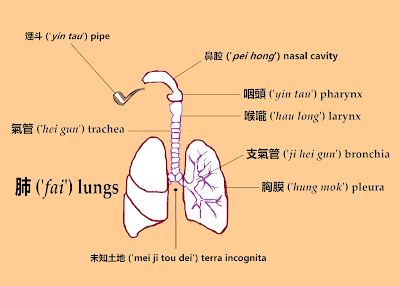