My apartment mate's work is public-health related. Which means that during the current lock-down she is considered essential. But, fortunately, not front-line, and no contact with the public required. What that also means is that as some of her co-workers are working from home, she is getting a lot more done, and rather enjoying the quiet at the office.
She is not particularly social.
"On the spectrum".

On the spectrum means somewhere between "neurotypical" and full-blown autism. What is often called Asperger. Which also describes me, and I have been told to stay home, whereas normally on a Saturday and Sunday I would be at work.

You can see the problem here, can't you?

And I'm a smoker.


What this means is that this weekend I have been out of the house a lot, so as to lessen friction (mostly my problem) as well as enjoy my pipes in peace and quiet. A briar pipe benefits from a certain degree of solitude, or the company of phlegmatic other smokers.

What (are you) smoking?
Balkan.


It will not surprise you that Albert Einstein was a pipe smoker.
A full bowl lasts forty five minutes or more.
Plenty of time to talk. 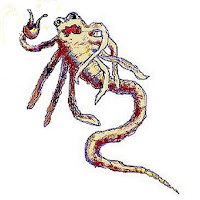 BRIAR: the mediterranean heath tree (erica arborea), the burl of which is commonly used to manufacture smoking equipment. A porous not richly resinous wood which imparts only a faint hint of its own flavour, most modern day pipe mixtures are blended based on the wood's inherent characteristics and interaction with the tobacco. COMOY: a brand of briar pipe established in St. Claude (France) in 1825, when the Comoy brothers began making clay and boxwood pipes. By the middle of that century the family had switched to briar, and in 1879 a member moved to London and set up shop. H.Comoy & Co. Ltd. was incorporated in 1914. From then until the fifties or sixties of the last century their top-end pipes were second to none (and I own several from that period), and they also made pipes for stores up and down the West Coast. Since then, the brand has had some ups and downs.
BALKAN (TOBACCO): not, as you might think, tobacco from that region. Rather, the nomen refers to a type of mixture with a fair amount of Latakia tobacco (originally from Syria, nowadays Cyprus) complimented by a proportion of Turkish, and a 'base' of Virginias (also known as 'flue cured'). Think in terms of 35+ to 50 percent Latakia, one sixth to one quarter Turkish, and the rest a blend of Virginia flake and Virginia ribbon. The most famous exemplar of the type was 50% Latakia, 22½% Turkish, 27½% Virginias. A lot has been written about it, and it became more popular after it went out of production. There are now far more Balkans available than there ever were. Possibly in imitation.
MATCHES: implements made by little orphan girls freezing in the snow, which because they give a soft flame are ideal for lighting your pipe.
CRUMHORN: a medieaval precursor to the kazoo much loved in Germany. Also given as 'cremorne'. NABOKOV: a prolific Russian literary genius. SRIRACHA: the condiment which makes all civilized life possible. GLOSSARY: a list of words sometimes imperfectly explained.