THE EARTH IS FLAT. AND HARD.

Daredevil Mike Hughes died in rocket crash while trying to prove that the earth is flat. Which it now is a little bit more where he impacted, I suspect, but that does not diminish his being wrong, and a dunderhead. So I cannot mourn his passing, and have no problems with what turns to have been a suicide.
One could not have wished for a better outcome.

Quote from wikipedia: "he intended to make multiple rocket journeys, culminating in a flight to outer space, where he believed he would be able to take a picture of the entire Earth as a flat disc."
End quote.


He died two days ago. Millions of 'flat-earthers' have killed themselves in order to join him, in fits of utter despondency. 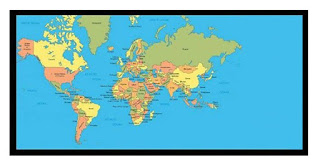 See? There is no Australia.
Et war all made up.